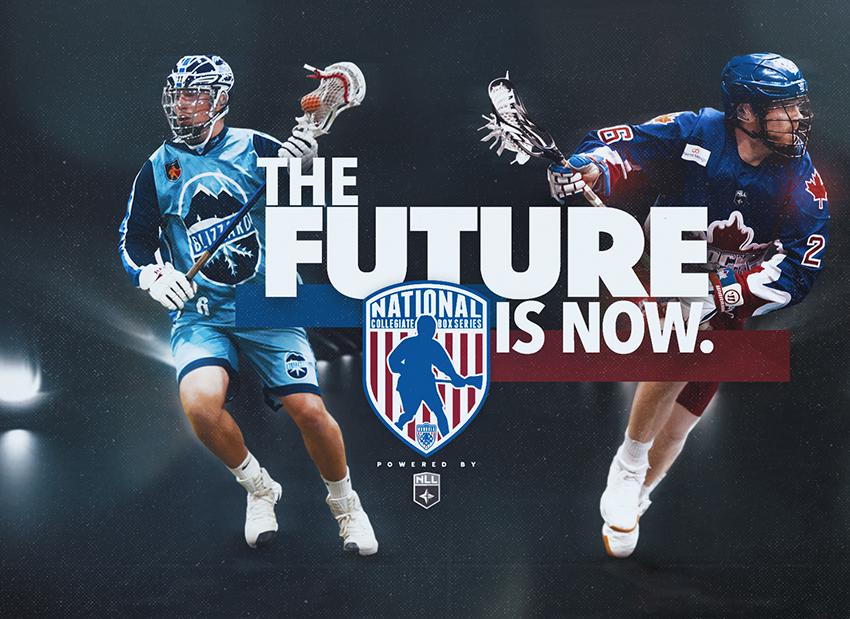 The United States Box Lacrosse Association (USBOXLA) will launch its third season of the National Collegiate Box Series (NCBS), beginning in June 2019. This season the NCBS will be powered by the National Lacrosse League (NLL), which is the largest and most successful professional lacrosse property in the world.

As part of a multi-year agreement the NLL and USBOXLA will collaborate on all game-related matters, from coaching and officiating development to marketing and sponsorship initiatives. With youth participation at an all-time high and the NLL poised to expand to add more teams in markets throughout the United States and Canada, the partnership was the next logical step.

“The groundbreaking deal strengthens all of USBOXLA's four pillars, which are referee, coach, player and game development,” said USBOXLA President Shaydon Santos. “It demonstrates our organizations' commitment to providing a continuous avenue of development for not only players but coaches and referees as well.”

“This grassroots partnership is very exciting for a variety of reasons,” said NLL Commissioner Nick Sakiewicz. “First, it brings together two leaders in the sport of lacrosse to execute initiatives aimed at player and referee development for future collegiate and NLL opportunities.  Second, this enables us to combine the commercial assets from each of our organizations, fostering growth in the reach of our collective commercial businesses and leading to wider investment opportunities designed to grow and expand the sport.”

In 2018, the NCBS took a significant step forward with the Colorado Collegiate Box Lacrosse League expanding by two additional clubs (Blizzard and Red Hawks). USBOXLA also announced the formation of the four-team Ohio Collegiate Box Lacrosse League (OCBLL), through a collaboration between Ohio State and Cleveland State that in 2019 will add two more expansion teams to the already four-team league.

For the 2019 campaign, the National Collegiate Box Series also unveils the first ever NCBS National Championship as well as two East Coast affiliate leagues that will allow more opportunity for American players to hone their skills before attempting to make the jump to the National Lacrosse League.

The agreement will also shift the landscape for lacrosse officials by providing referees a direct path to the NLL. With 45 USBOXLA-sanctioned events scheduled this year, including the USBOXLA Nationals in August, and two leagues in the National Collegiate Box Series, there are numerous opportunities for prospective officials to gain valuable game knowledge and experience.

For the past several years, USBOXLA and the NLL have worked together to improve the quality of officiating. In 2017, USBOXLA refs began working the Jr. NLL Tournament, which is the league’s showcase youth event, and attending NLL’s referee training camp. This past season, Justin Kitashima became the first-ever USBOXLA-trained referee to work in a National Lacrosse League game. Now, with the deal in place, Kitashima will become the norm instead of the exception.

“Over the last few years, box lacrosse has grown in the United States at an extremely fast rate,” said Brian Lemon, the NLL’s VP of Lacrosse Operations. “It makes perfect sense for the NLL to combine forces with USBOXLA. We're confident that this partnership will benefit the development of American players, coaches and referees and continue to allow the game to reach new heights.”

With the support of the NLL, USBOXLA can now offer youth and collegiate players with the tools and the path to the pros. With over 24,000 members and events from coast to coast, there are more opportunities than ever before for Americans to play box, get better and have fun.

PLAY IN THE NCBS POWERED BY THE NLL THIS SUMMER

About the National Lacrosse League

About the US Box Lacrosse Association (USBOXLA)

The US Box Lacrosse Association (USBOXLA) is the country’s largest and most recognized box-specific governing body operating today. USBOXLA is a 501(c)3 charitable corporation whose mission is to develop and promote box lacrosse in the United States through a unified organization that provides high-value services, programs, and benefits to its members. Founded in 2010 by current University of Denver Associate Head Coach, Matt Brown, and former National Lacrosse League player, Shaydon Santos, USBOXLA has grown from a small regional association to one that presently serves more than 24,000 individual members all over the US, all playing box lacrosse the right way.