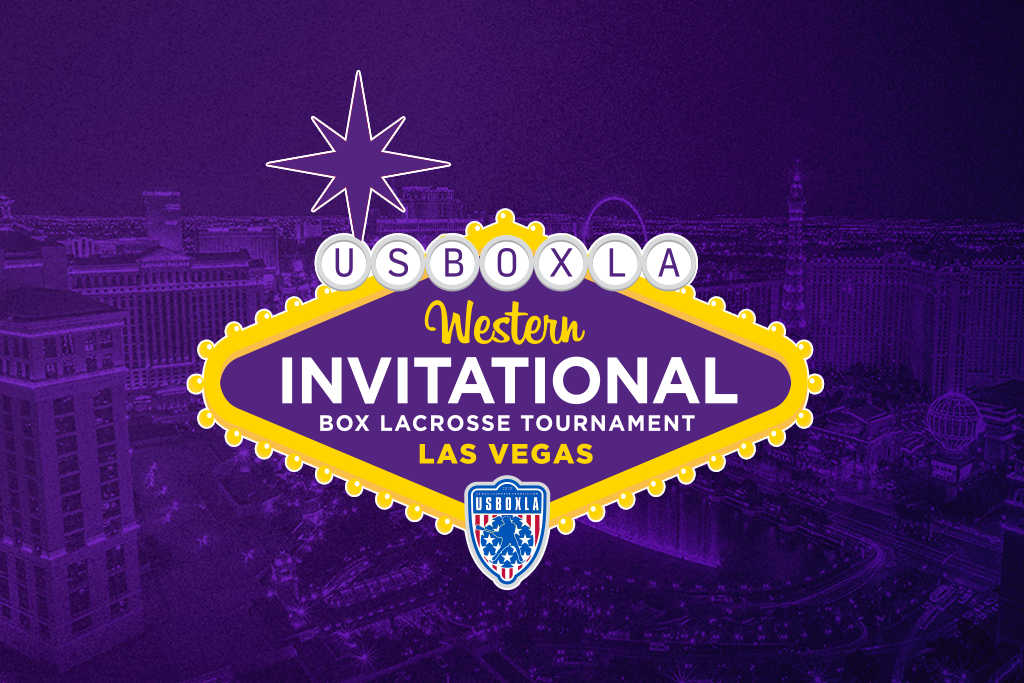 We are less than a week away from the inaugural USBOXLA Western Invitational - a high-level youth box lacrosse tournament put on in partnership with the National Lacrosse League’s San Diego Seals during a monumental weekend that will also feature the first-ever NLL game held in the state of Nevada.

While we’ve known for several weeks that the history-making NLL match will feature the Seals hosting the Colorado Mammoth in Vegas, today the US Box Lacrosse Association is confirming which American and Canadian clubs will be taking part in the tournament, as well as the event’s official logo, and the Western Invitational’s full schedule.

“We’re extremely excited to be co-hosting an event as special as the Western Invitational, and are very thankful for all of the support we’ve received from the Seals and the NLL,” said USBOXLA Co-Founder and President, Shaydon Santos. “The weekend will feature some of the very best and most successful USBOXLA clubs competing today, along with a pair of Canadian teams that will make the tournament extremely competitive at every age group.

"Many of these teams will be coached by current and former NLL players too, including the likes of Colin Doyle, Dallas Eliuk, Ben Prepchuk, Aime Caines, Jamie Shewchuk, Tyler Pace, and others."

Games will be played at the Longevity Sports Center and the Las Vegas Roller Hockey Center, both facilities located near the city’s Orleans Arena, where the Seals and Mammoth will make history on Saturday night (7pm PT) in this highly anticipated game.

The weekend will also feature Team USBOXLA West tryouts on Friday evening at both venues. For players still interested in taking part, click or tap here for more information.

UPDATE: Team USBOXLA West tryouts are now at capacity. Submit your name and required details via link above if you'd still like to be considered.

See the full USBOXLA Western Invitational schedule below, and keep up with all the action during this historic weekend by following along here.