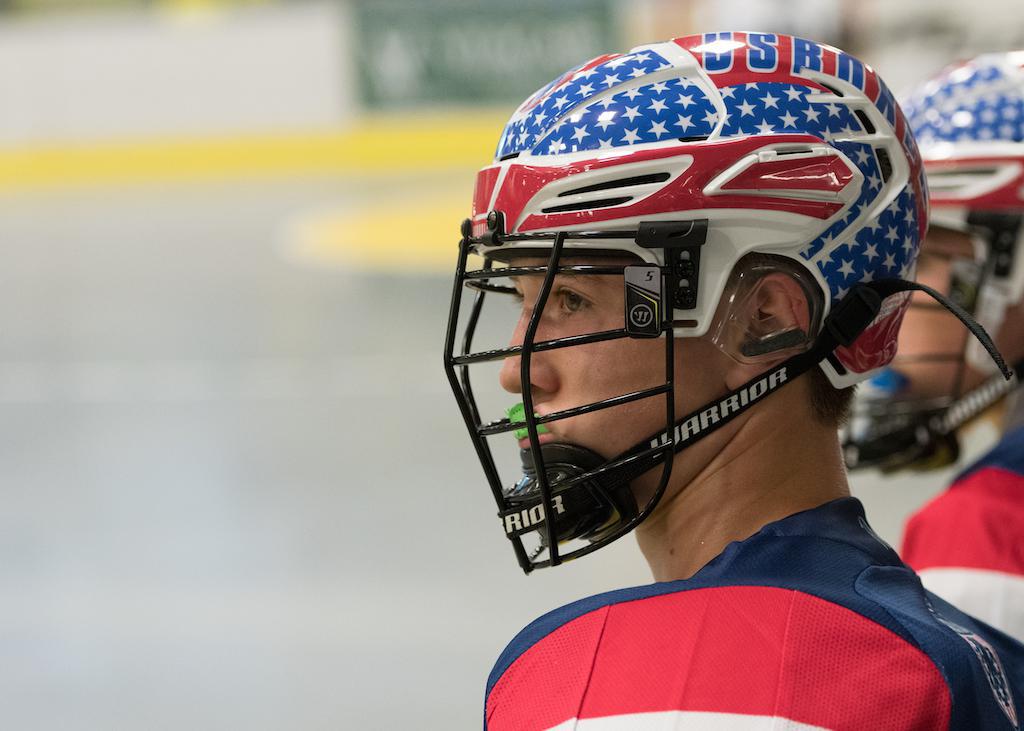 Although some spring events have been recently cancelled, Team USBOXLA will hopefully be competing later this summer and fall. (Photo: Sherri Thomson)

The US Box Lacrosse Association (USBOXLA) has confirmed that the 2020 Team USBOXLA tour for both the East and West teams will be rescheduled due to the ongoing COVID-19 pandemic.

USBOXLA has been recently informed that the 2020 Trevor Wingrove Memorial Tournament in Coquitlam, British Columbia (June 5-7) has been cancelled, while USBOXLA was also forced to postpone Border Wars at the Toronto Rock Athletic Centre in Oakville, Ontario (May 23-24). Both decisions were made in order to adhere to local and national government social and physical distancing requirements, and to ensure the health and safety of all participating players, coaches, officials, and others attending these large-scale events.

Players selected for both the East and West Team USBOXLA rosters were informed of these decisions over the weekend.

The yet to be announced Team USBOXLA Bantam girls team registered for the Trevor Wingrove Memorial Tournament will unfortunately not be competing this year due to these recent cancellations. Presently, there are no additional events scheduled for the team.

USBOXLA will be moving Border Wars to the Fall of 2020, an event that will now feature both the East and West Team USBOXLA rosters. A location, dates, training camp schedule, and other additional information will be announced later this spring or summer.

“While we are extremely disappointed that we will no longer be able to compete in Coquitlam or host Border Wars as initially planned, the health and safety of our members is always our number one priority,” said USBOXLA Co-Founder and President, Shaydon Santos. “Behind the scenes we are working on a series of secondary schedule options for Border Wars later in the year, and are optimistic we can still provide our elite American players with an event that is fun, competitive and memorable, all while in a highly skilled and extremely safe playing environment.”

"Although our players and parents were understandably disappointed when we informed them of these latest developments, they fully understood and supported the decision, and were also extremely excited and hopeful about the potential of playing in Border Wars later this year."

In addition to Border Wars, Team USBOXLA East and West are also still scheduled to compete at this summer’s USBOXLA Nationals in Huntington Beach, California (July 31 – August 3). While still officially scheduled for early August, USBOXLA continues to monitor the government mandated pandemic precautions and required restrictions, in addition to other event schedule alterations that may impact the Nationals. If required, any changes to the dates of this year’s Nationals will be officially announced shortly.