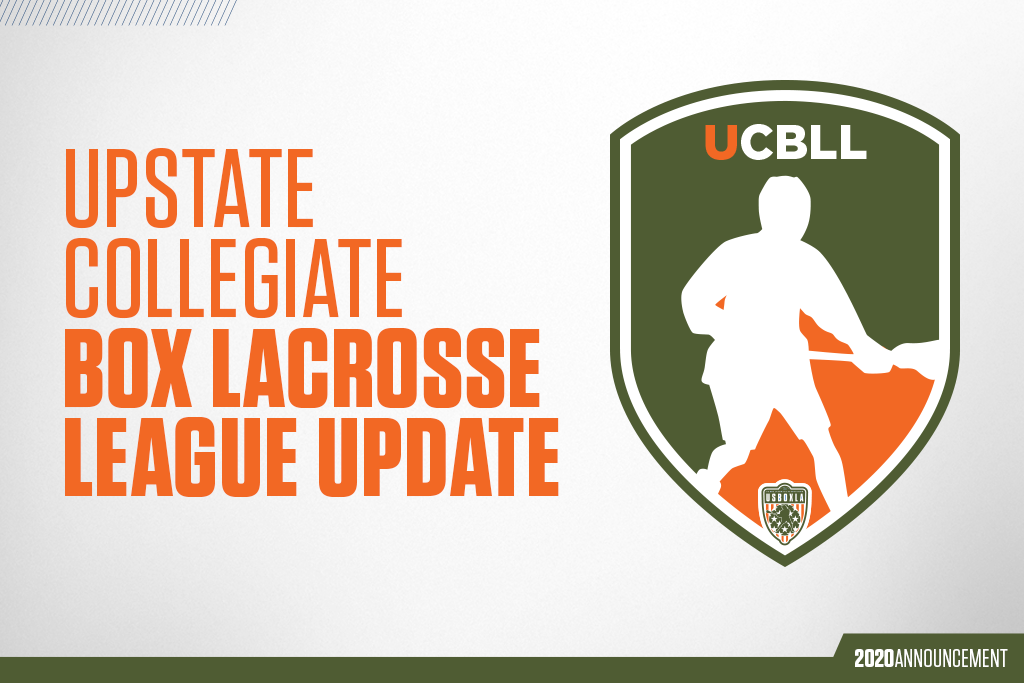 The UCBLL, launched earlier this year by the National Lacrosse League’s Buffalo Bandits and Rochester Knighthawks, had previously intended to begin play alongside NCBS leagues in Colorado, Connecticut and Ohio this summer. Due to pandemic-related factors beyond the league’s control, the decision was made by USBOXLA, NCBS and UCBLL officials to delay the start of their season.

The state of New York has experienced by far the largest COVID-19 outbreak in the country. According to state officials, Long Island, New York City, the Mid-Hudson, Capital District, and Western New York – the region the UCBLL will be operating within – were at the highest risk in the state. Those regions were not included in the areas the state of New York will attempt to reopen to varying levels later this month.

“Our priority is to ensure the health and safety of any players, coaches, officials and staff taking part in the UCBLL,” said Rochester Knighthawks General Manager and VP of Lacrosse Operations, Dan Carey. “Due to the significant COVID-19 spread our state continues to experience, we felt the only way to ensure everyone’s absolute safety this spring and summer was by moving our inaugural NCBS season to 2021.”

USBOXLA, NCBS and UCBLL officials also unanimously agreed that launching a new league during such uncertain, unpredictable and unprecedented times would not allow for the proper execution of the UCBLL’s first-ever season. The CCBLL will be entering their fourth full season in 2020, the OCBLL their third, and while the CTCBLL officially joined as a full-time NCBS member this year, the Connecticut-based league had an extremely successful affiliate season last summer in order to prepare for their recent promotion.

“In order to maintain adequate safety, as well as ensuring all our required boxes are checked when launching a new league, we didn’t feel the current climate within the state of New York would allow us to achieve those goals in 2020,” said NCBS Commissioner, Niko Blankenship. “Collectively we felt focussing on 2021 for the launch of the UCBLL would be much safer, smarter and successful for everyone involved, especially for the players participating in this league.”

Later this summer, the UCBLL will confirm the founding-four teams that will take part in the league’s 2021 season.

While schedules have still not been confirmed or released for the CCBLL, CTCBLL and OCBLL due to pandemic-related delays, the NCBS is still hopeful these seasons will take place at some point this summer. Players interested in taking part that have not yet registered can add their name to the NCBS Player Pool via usboxla.com/college-play. Further updates will be provided as league’s continue to monitor the COVID-19 pandemic within their region.