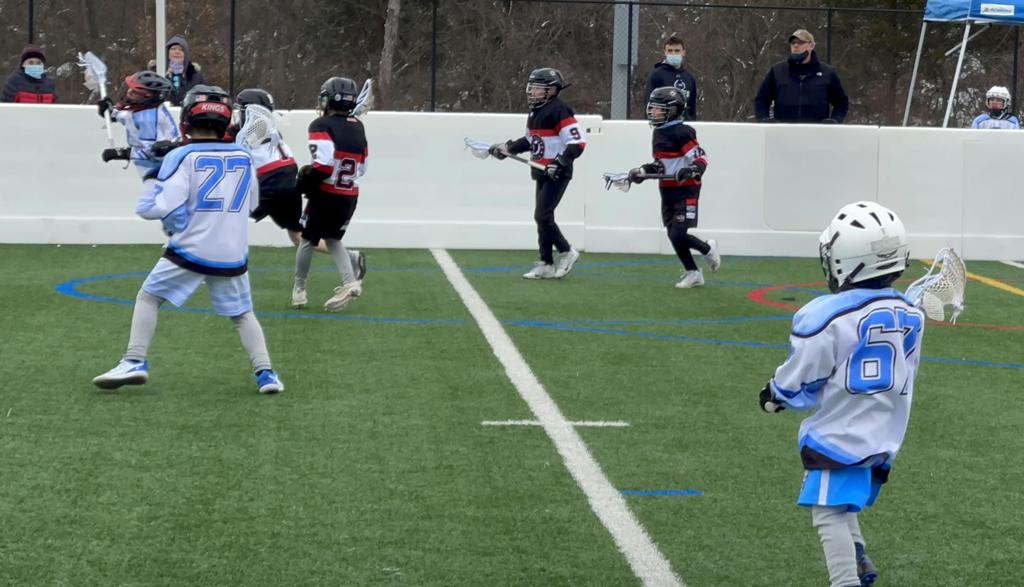 (February 3, 2021)… This past weekend, eight champions were crowned at the Louisville Box Classic. Set at the four-pad King Louie's Sports Complex, the 42-team event featured teams competing at the Novice, Pee Wee, Bantam and High School levels. The two-day tourney, hosted by L4 Lacrosse, was held primarily outdoors, with box fields set up on football fields.

"We got tested (by the weather) at the end of the day Saturday and a little bit Sunday morning, but it was a really cool atmosphere. To see that many kids playing lacrosse outside, rotating through four fields, was a pretty awesome sight," said Dylan Gatt, co-owner and director of L4 Lacrosse. "We had different programs win at every division. It's a testament to how the sport is growing and how good these states are getting at box lacrosse. It was a great experience."

Resolute captured the biggest haul of gold medals, sweeping the pair of high school divisions and winning the Bantam A crown. LKS also earned some hardware at the event, winning the Pee Wee and Bantam B titles. L4 Lacrosse finished tied with the second most golds as it earned championships at the Midget B and Novice levels. Doughboys SL won the Midget A loop by going unbeaten in five games.

However, the highlight of the tournament was in the Novice Division that pitted Resolute and L4 in a best-of-three series. The host team won the event, but it was the play of the program's youngest player that drew the most attention. Five-year-old Thor Dewitt raced around the turf with his oversized uniform and showed the resolve and grit of his namesake and of his three older brothers, who play on L4's high school teams.

"It is an awesome story. We had a full uniform for Thor, and he played a few shifts with the third and fourth-grade team," said Gatt. "There are some videos of him running around. You could barely see his legs because his shorts are so big. He was bobbling around. That was my favorite part of the day. It's great just seeing the next crop of younger kids coming in and loving the game."

Despite a global pandemic, the Louisville Box Classic was a huge success as it ballooned from 13 teams in its inaugural year in 2020 to 42 teams this year. The growth of the event has only been matched by the expansion of the L4 Lacrosse club. It has seen remarkable growth since its founding in 2013. 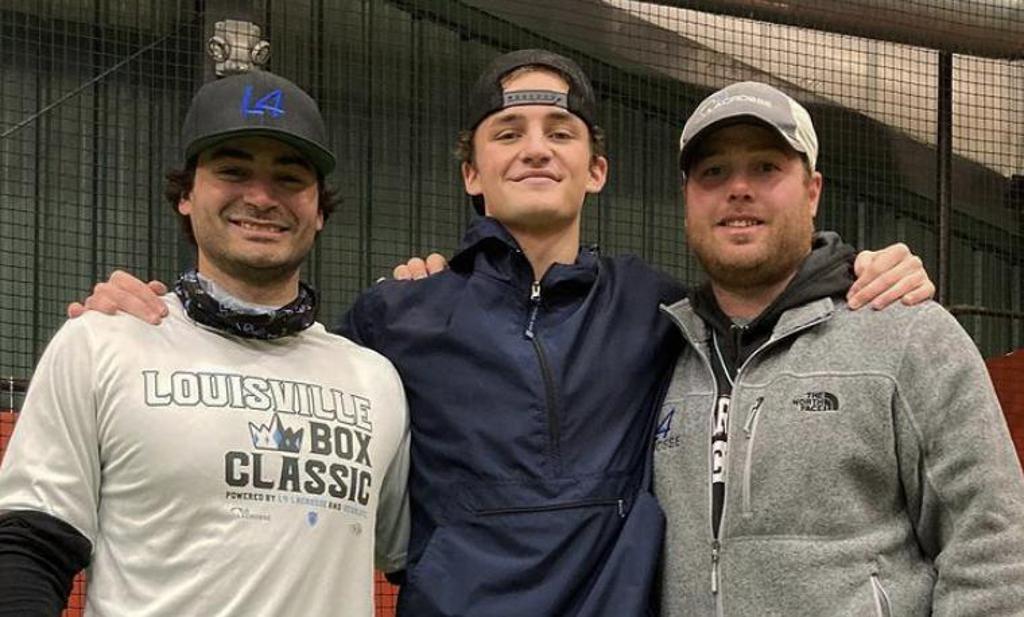 Gatt, who grew up in Welland, Ontario, played minor lacrosse for the Welland Raiders and Junior “A” for the St. Catharines Athletics. He took his game to the collegiate level, competing at the Division I level with the Bellarmine University Knights. While at the school, he met his roommate and future business partner, Reid Wesley.

Wesley, who hails from Louisville, founded L4 Lacrosse while in college. He played locally at St. Xavier High School and went on to become a Nike BlueChip prospect and was recruited by Bellarmine University in his hometown.

The duo established L4 Lacrosse to offer individual classes and lessons. After graduation in 2016, the program quickly expanded to a full-scale box and field lacrosse program. It now ranges from first grade to senior in high school, boasting 12 box and field lacrosse teams. Earlier this year, L4 took a giant step forward.

“In January, our teams swept the High School divisions for the first time ever at the Midwest Classic in Columbus,” said Gatt about his program that is clearly on the rise.

Our mission at L4 Lacrosse is to provide high-quality lacrosse training to athletes that are willing to learn the skills to be successful. We want to teach lacrosse the right way by having high energy and experienced staff that cares about the athlete's development. Commitment, leadership, positivity, discipline, and respect are all promoted and expected. By promoting these principles, we hope to shape and inspire our athletes to be the best lacrosse players they can be.