Resolute Knows the Future is Now for Box Lacrosse 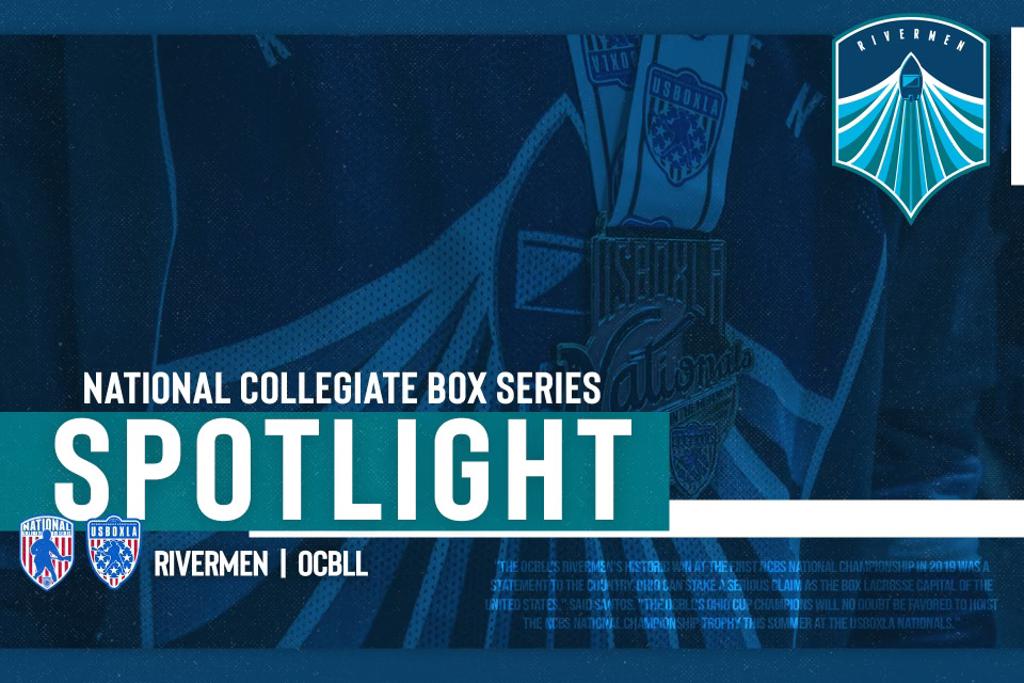 Resolute Lacrosse has always been at the forefront of the box lacrosse revolution in the United States. Not only were they one of the first youth clubs to join the US Box Lacrosse Association (USBOXLA), but they founded the second league in the National Collegiate Box Series (NCBS).

"USBOXLA charter member Resolute is the anchor of USBOXLA in the Midwest," said USBOXLA Co-founder and President Shaydon Santos. "It's amazing to see how their box program has flourished in the Midwest by providing quality programming from novice to college-aged players."

Founded by former collegiate and professional lacrosse standouts Anthony Kelly and Greg Bice, Resolute burst onto the lacrosse scene in 2009. Three years later, the duo added box lacrosse to their programming and has never looked back.

"We were doing training, and then the natural progression was giving our players the opportunity to play," said Bice, who played college ball at Ohio State and professionally in Major League Lacrosse. "Anthony played for Team USA, and he's got an extensive box lacrosse background. Knowing what it can do for our players and their skill development, it was only a matter of time before we added box. For us, it's all about development and creating opportunities for the kids that come through our program. Box is a big part of that."

The club has gone all-in by creating one of the country's elite box programs while also establishing leagues at the youth, high school, and collegiate levels. Their results have been astounding, with 100 current alums playing for 50 colleges in college lacrosse. Resolute serves as a model program for others looking to invest in box lacrosse.

Kelly, who played in the National Lacrosse League, used his expertise to create the box lacrosse arm of Resolute. The timing was perfect as it coincided with the acquisition of the massive, three-pad Resolute Athletic Complex in 2012.

"That was a big year for us," said Kelly. "We are fortunate to have our facility. That was a big driver when we started it. I would say we were pretty early to the box game in the States and going fully committed to box. We were one of the first ones to do it. But we had the resources to do it.

"We have a three-pad facility that's 74,000 square feet. As soon as we took that over, two of the fields were boarded. The third one wasn't. But after about two years, we boarded the back field as well. So, we have three full box fields. It was a no-brainer for us to go down that path and go forward with box." 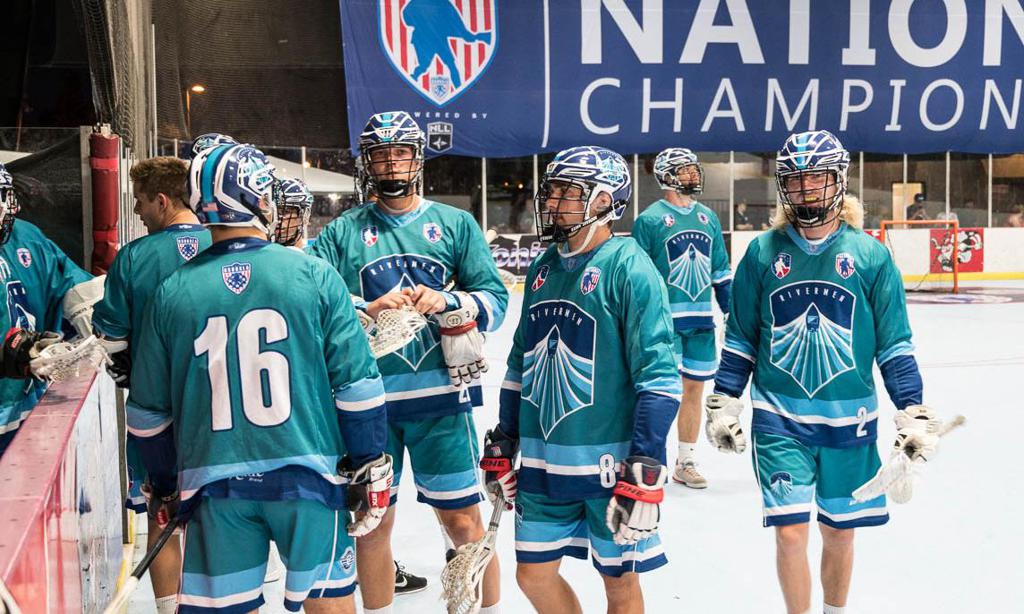 The OCBLL's Rivermen were both the 2019 Ohio Cup Champions and the NCBS National Champions (Photo: Zach Heffner)

The facility in Columbus, Ohio, has hosted numerous USBOXLA tournaments including one of the nation’s best, the USBOXLA Midwest Classic, and serves as the home of the Ohio Collegiate Box Lacrosse League (OCBLL). The OCBLL played its inaugural season in 2018, joining the Colorado Collegiate Box Lacrosse League (CCBLL) in the NCBS. One year later, OCBLL sent its Ohio Cup champions to the NCBS National Championship in Huntington Beach, Calif.

The Rivermen, however, were not able to defend their title in 2020 because of COVID-19. When the Ohio Collegiate Box Lacrosse League faces off in June, it will end a 22-month hiatus. The Rivermen and the other four teams in the OCBLL will finally return to action and compete for the Ohio Cup and a guaranteed berth in the NCBS Playoffs.

"We're excited just to get back," said Bice, who coached the victorious Rivermen. "Not having a season last year really stunk for our kids and the OCBLL. We are excited more than anything to give our college athletes a chance to play some high-quality lacrosse during the summer. We know how beneficial it has been and how much, quite frankly, they look forward to playing in the OCBLL. We are fired up and ready to get back at it."

The expansion of the NCBS means more competition and more opportunities for Americans to play real college box lacrosse.

"It's great. The more kids playing college box over the summer is great for the NCBS, but it's better for the kids and the growth of the game," said Kelly. "I think box is the future in a lot of ways down here. It's got such a rich tradition in Canada. Here is the US, it's still gaining momentum, and you see that with a number of leagues being added. I think it's only going to get bigger and better, and more kids are going to get better. It's only going to get more exciting. So, having different leagues added this year is only the start."

The USBOXLA Nationals will serve as the site for the second NCBS National Championships. The event is slated for San Jose, Calif., from Friday, Aug. 6 to Sunday, Aug. 8, in what will easily be the biggest box lacrosse event in American history. Over 130 teams will compete in divisions ranging from Novice to the National Collegiate Box Series.

"It's a great event," said Bice. "It's the Super Bowl for box lacrosse in the summer. You have teams from all over the country and Canada, and our kids look forward to it. It's exciting for everyone who participates."

The NCBS championship is the crown jewel of the USBOXLA Nationals, with the champions of all four leagues converging on San Jose to play for a national title. The Rivermen enter the season with a chance to repeat and keep the championship plaque in the Buckeye State.

The preparations are already underway for the third season of the Ohio Collegiate Box Lacrosse League. With mid-June the target for the NCBS leagues to start, the regular season will continue until the end of July. The Ohio champs will be crowned just before USBOXLA Nationals.

"We are trying to finalize our schedule to mirror and match up to make sure we get everything in before the end of the season," said Bice. "We are just trying to put a high-quality product out on the field. We won the last one, so we have to continue to improve the experience for the kids. That is our goal."

Are you interested in playing in an NCBS league in Colorado, Connecticut, Ohio, California or New York in 2021? Click here to submit your name into the 2021 NCBS player pool. A representative from your selected league will contact you soon with more information on how you can be considered for an NCBS roster this year. 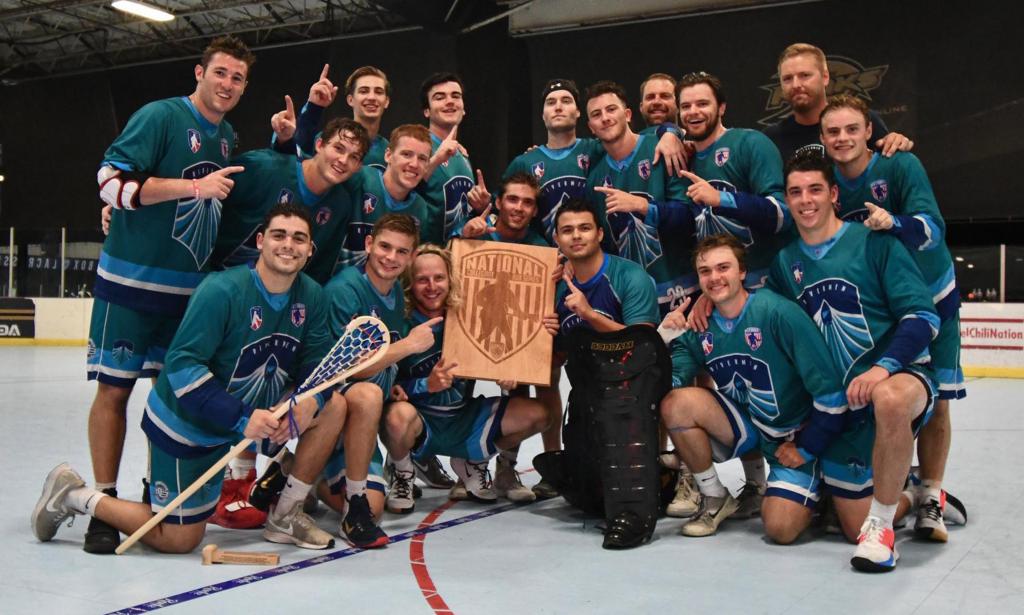 Pictured: The OCBLL's Rivermen were both the 2019 Ohio Cup Champions and the NCBS National Champions (Photo: Zach Heffner)