UCBLL Brings College Box Back to its Roots

When the US Box Lacrosse Association (USBOXLA) announced a new league would play its games in Buffalo and Rochester, NY. Little did they know that they were returning college box lacrosse to its roots.

It was 88 years ago today that Syracuse University and Cornell University played the first collegiate box lacrosse game at the Main Street Armory in downtown Rochester.

"It was amazing to learn that the first college box lacrosse game was played in Rochester," said USBOXLA Co-founder and President Shaydon Santos. "In 2021, we are bringing the college box game back to the area with the launching of the UCBLL.”

When the Upstate Collegiate Box Lacrosse League faces off for the first time this summer, it will be the first collegiate box game played in Rochester since Cornell defeated Syracuse 12-7 in front of a crowd of over 3,000 fans on March 25, 1933.

Syracuse and Cornell accepted the invitation of their respective Rochester alumni groups to compete in the box game contest. Dr. Floyd S. Winslow, president of the Cornell Alumni Council, was instrumental in bringing the fundraising event to Rochester.

According to Donald M. Fisher, author of "Lacrosse: A History of the Game,” the "match was part of an intermittent series of amateur indoor lacrosse games set up amid the Great Depression." Fisher credited legendary SU lacrosse coach Roy Simmons Sr. with organizing such commercial indoor matches in Rochester after financial support was dropped for spring sports. The proceeds from the event were split between the two athletic departments.

The 60-minute game, sponsored by the Cornell Club of Rochester, was groundbreaking and served as a test to see if box lacrosse could become the next big collegiate sport. One of the Syracuse Herald headlines noted the importance of the showdown, writing, "Entire college world to watch experiment with great interest."

"A precedent is being established in this game, it is believed," wrote the Rochester Times-Union. "As far as this can be ascertained, this in the first intercollegiate, indoor box lacrosse game ever played, and it may have some bearing on the future of the sport. It may mean a new use may be found for the ROTC drill halls." 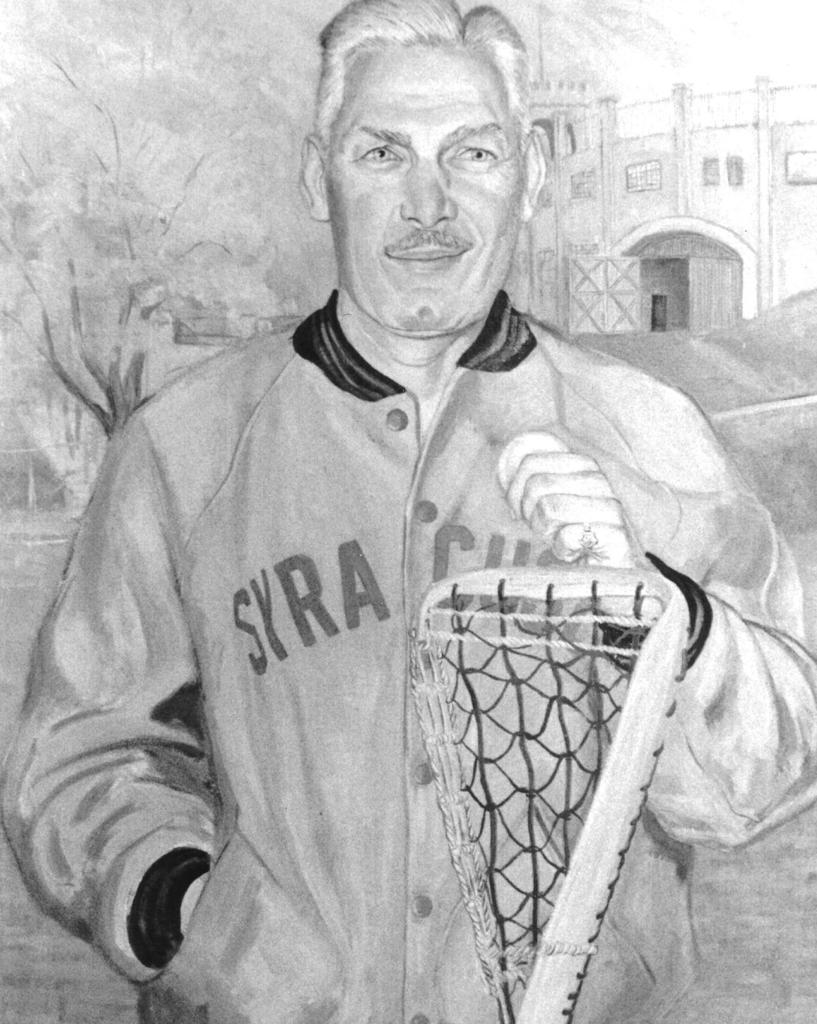 Rochester was the perfect site for the box lacrosse game. Newspapers of the day reported the extreme popularity of box lacrosse in cities like Syracuse, Geneva, and Buffalo, but especially Rochester. Yet, unlike Buffalo and Syracuse, Rochester did not have a professional hockey team, so sports fans in the Flower City gravitated to the aggressive, high-scoring action of box lacrosse. Thousands would flock to games to watch the Rochester Senecas battle visiting Canadian and Indigenous teams on the wooden floor of the Armory.

Following similar rules to the professional game, the college game would include body checking. For the contest, unnecessary roughness penalties were added to the intercollegiate rules. Cornell honed its box skills by playing scrimmage games against Onondaga. Syracuse University, meanwhile, prepared for the game by competing in "hotly-contested" scrimmages against the amateur Syracuse Red Devils at the Syracuse Armory. Orange coach Roy Simmons Sr. told the Rochester Times-Union that his team was "in the best early-season condition in years."

It was a game that featured the pomp and splendor of a football matchup with the respective schools’ bands marching up Main Street to the Armory for the 8:00 p.m. showdown between upstate rivals. The atmosphere was electric with music, school chants and cheerleaders. The "Big Acre" was also "gaily-decorated" with red and orange colors present on flags, banners and bunting. The Rochester Lacrosse Club also furnished the cage and equipment to ensure a professional box feel to the event.

The rosters were loaded with talent, with Syracuse sending 21 players to Rochester. The Orange had several members that competed in the 1932 Olympic tryouts, most notably, team captain Glenn "Nick" Thiel. Thiel was inducted into the National Lacrosse Hall of Fame for his career as a player, coach, executive and innovator. In 1933, he was named the most outstanding lacrosse player at Syracuse in his senior season. The Orange also boasted the Martin brothers, Ben and Fred.

Cornell's roster was 23-men strong, with at least five players who starred for the school's football and lacrosse teams, including captain Dick Beyer, Jerome Brock, Nathaniel Kossack, Philip McEachron and Homer Geoffrion. With such physical and athletic players at his disposal, Cornell head coach Nick Bawlf's game plan was to "take the heart out of the Orange offensive" while letting his splendid attack built around Phil Winslow go to work.

Winslow, who was touted as the greatest lacrosse player to ever come out of Rochester, was the star for the Big Red. He was a unanimous choice for All-American in 1932 and 1933. Years later, he also played for the U.S. Lacrosse team while attending the University of Rochester Medical School. Bawlf rated Winslow "one of the greatest lacrosse players ever developed in college," wrote the Democrat & Chronicle.

Legendary coaches guided both teams: Simmons Sr. at Syracuse and Bawlf at Cornell. A Future Lacrosse Hall of Famer coach, Simmons Sr., coached lacrosse and boxing in 1933 while also serving as an assistant on the SU varsity football team. He coached the Orange men's lacrosse team from 1931 to 1970, eclipsing 250 wins. Simmons Sr. was also an All-American lacrosse player and a member of Syracuse's 1924 and 1925 national championship clubs.

In 1920, Bawlf arrived in Ithaca, NY, and coached multiple sports. With the Big Red, he led the soccer and hockey programs from 1920 until 1947 and was head lacrosse coach from 1920 to 1939. The Winnipeg, Manitoba, native also coached in the 1932 Olympics with Team Canada's track and field team. According to sources, he is most renowned at Cornell for his work as the supervisor of intramurals. It was a post that he held from 1937 to 1947.

On March 25, 1933, Bawlf and his "Bawlfmen" took on the Orange in Rochester in the historic game. With the stage set after two weeks of work from the school's alumni groups, all that remained was playing the game. With such a buildup and pregame festivities, the actual main event lived up to its advanced billing. The Rochester Times-Union described the game as "scrappy aggressiveness which never let down for a moment and carried them on to a smashing finish with no coasting or let downs."

The honor of scoring the first goal in college box lacrosse history belonged to Cornell's Carlton Cornell, who converted off a crease dive. It was noted as a surprising tally because Syracuse was dominating the time of possession in the Cornell end. The Orange finally broke through and countered with a pair of goals to take its first and only lead of the game. Thiel tied the game, and future First Team All-American Thomas DeLaney staked SU to a 2-1 advantage. Thiel led the Orange with a three-goal, two-assist effort.

But this game belonged to hometown boy Phil Winslow. The West High School graduate put on a show, scoring on what was described as "brilliant runs through the Orange defense." He set up the game-tying marker by captain Dick Beyer and scored his first of the night off a pretty underhanded shot to give the Big Red a 3-2 lead. Winslow helped power Cornell to a 5-0 run to take a commanding 6-2 lead at halftime. He ended his first box game with a six-point effort (5+1), while Carlton Cornell chipped in three goals. 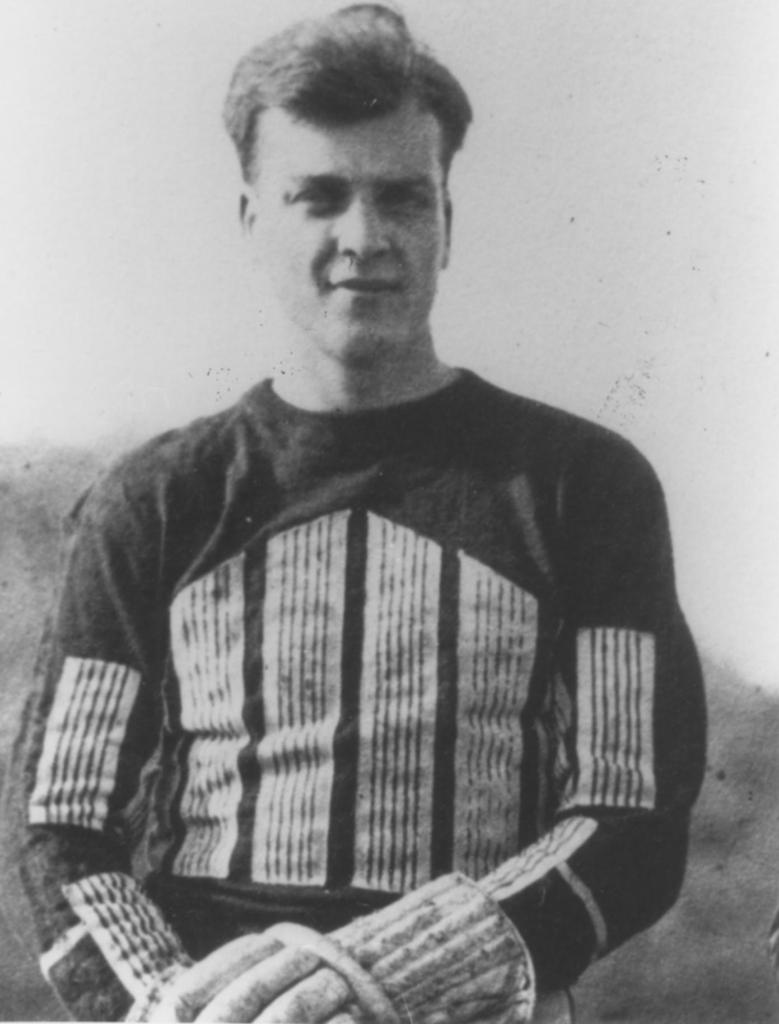 The Big Red received a stellar performance from Tom Haire to turn back a Syracuse offense that was buzzing around the goal to start the evening. Syracuse's Little Baker was equally masterful between the pipes, making saves that brought the crowd to applause. The Orange outshot the Big Red 37-25 in the fast-paced game, which saw both netminders forced out after hard runs to the crease.

In the second half, Cornell pulled further ahead in the third quarter. After an early Syracuse goal, Winslow scored two of the team's next three goals to give the Big Red a 9-3 lead. He connected on his second goal of the second half off an outlet pass. With Baker creeping out of his crease, Winslow buried the shot after a stick fake. Syracuse's Ben Martin, a 1933 All-American, scored off a rebound to stop the Cornell 3-0 run. The Orange outscored the Big Red 3-2 in the fourth quarter, with Winslow scoring off a wide-open look to complete an incredible homecoming.

Financially, the game was a massive success as the Cornell and Syracuse athletic coffers divided the $300 in net revenue, which equates to $6,036 in modern funds. It was also a hit from a competitive and entertainment standpoint. Two days after the game in Rochester, the Syracuse Herald reported that Cornell was "seriously considering the idea of box lacrosse as an out of door game to replace field lacrosse." There were even discussions of a home-and-home box series between the two schools. But those plans were put on hold as SU students departed for spring vacation.

Although the league and box series never came to fruition, it did provide one player with the opportunity to make the jump to the professional level. In November of 1933, Winslow joined the Rochester Iroquois. With his memorable box debut earlier that year, the Iroquois were glad to add more firepower to an already potent lineup. The press clipping noted his physique and athleticism as the reason for his success, calling him a 6-foot-1, 180-pound giant, and a powerful and tricky runner with a dead shot.

Fast forward nearly nine decades later, and players from Syracuse and Cornell, and many other colleges and universities, will have the opportunity to play college box lacrosse again in Rochester and its I-90 neighbor, Buffalo. It could provide a roadmap for local kids to follow in the footsteps of Phil Winslow and play at the highest level of box lacrosse. In this case, the National Lacrosse League.

"The league will give players an incredible opportunity to play real box lacrosse with two professional organizations that every local player one day dreams of playing for,” said Santos. “As a former Bandit and Knighthawk, I'm excited to help build a path for local collegiate players to one day wear these historic jerseys."

If are you interested in playing in an NCBS league in New York in 2021, you can submit your name into the 2021 NCBS player pool by going to https://www.usboxla.com/college. A representative from your selected league will contact you soon with more information on how you can be considered for an NCBS roster this year.