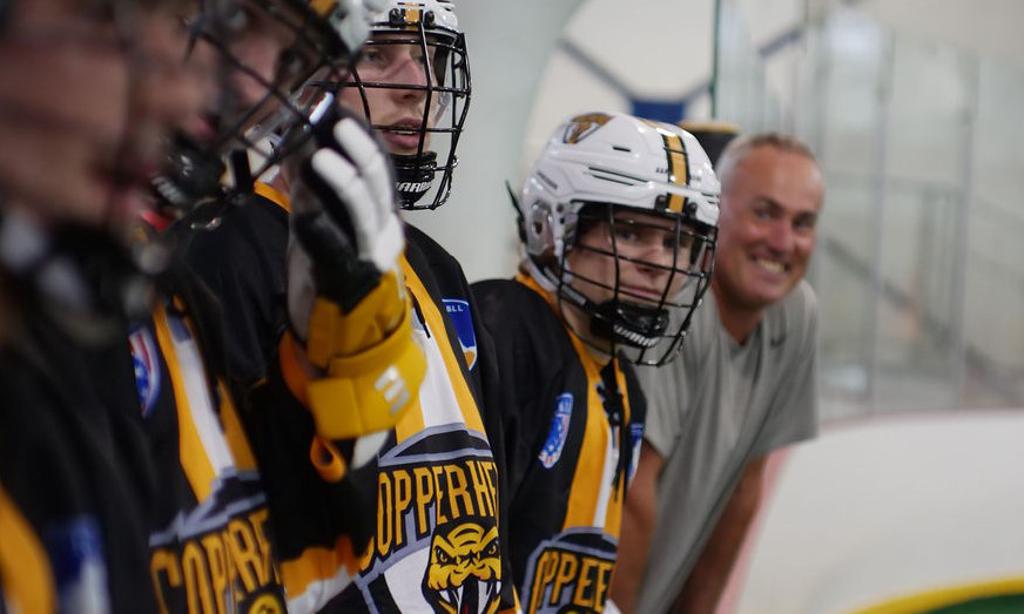 Former professional box player and owner of the National Lacrosse League’s new Albany franchise, Oliver Marti founded the third college box lacrosse league two years ago and had overwhelming success. The CTCBLL opened with four strong teams and capped off the regular season with the crowning of the first Constitutional Cup champion. After COVID-19 canceled the 2020 season, the league is back and as strong as ever.

“The 2019 inaugural season helped show that the demand for box lacrosse is just getting started,” said Marti. “The buy-in from the players, many of them top-level NCAA players, and from the great coaching staffs that were all pro box players, added to its success. Importantly, anything that can get these players back playing as before will help not only their lacrosse skills but improve their mental health as well, whether that is at the collegiate level or youth in general.” 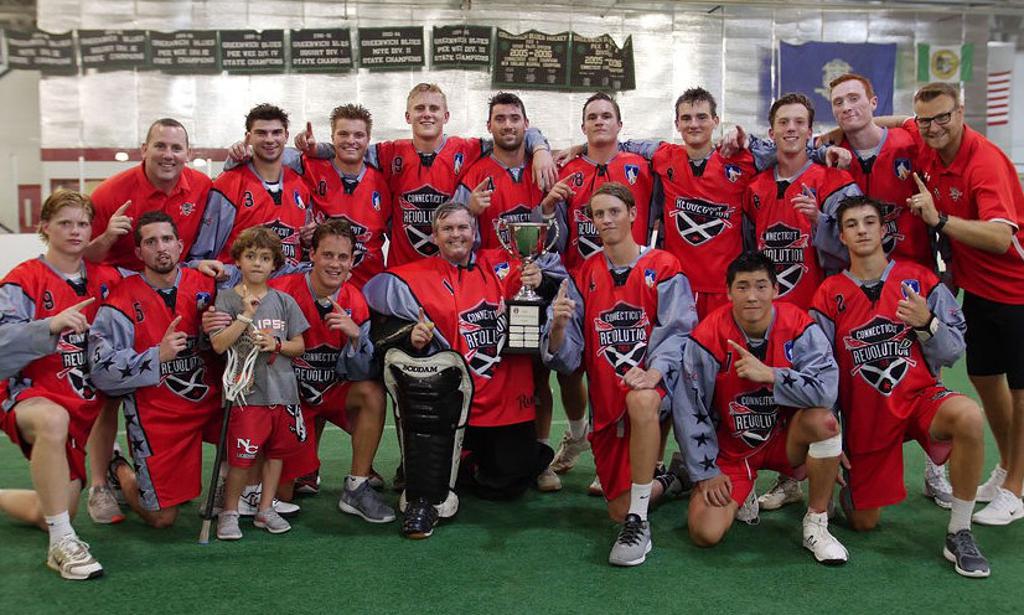 The CTCBLL will again include its four original teams in the defending champion Revolution, Generals, Copperheads and Coyotes. Marti returns to the bench to lead the Coyotes, who finished second in the first season of the CTCBLL.

Marti, who hails from Richmond, BC, has an extensive lacrosse background, playing in the Canadian box lacrosse system, collegiately, internationally and professionally. A natural goal scorer, Marti played in two Canadian Junior “A” Minto Cups and a Mann Cup with the New Westminster Salmonbellies. He played three years for the NCAA Division I Brown University Bears and, despite never playing field lacrosse, was a two-time All-American and Ivy League champion. Marti is a member of the Brown Hall of Fame and continues to hold several Brown and NCAA scoring records. He earned a spot on Team Canada’s 1994 World Lacrosse Championship team. Marti was eventually selected by the New York Saints and played two seasons (1994-95) in the Major Indoor Lacrosse League, the precursor to the National Lacrosse League.

Marti has recently invested much of his time and resources into growing the box game. In 2017, he joined lacrosse legend Roy Colsey to help coach Team Superstar box lacrosse, one of the largest development programs in the country. In 2019, the same year he launched the CT Box Lacrosse League, Marti served as the Offensive Coach for the Bronze Medal U20 USA Junior Indoor Team. If that wasn’t enough, the hedge fund manager added more verticals to his portfolio by investing in EPOCH Lacrosse and the Premier Lacrosse League (PLL). Recently, he assembled an ownership group to purchase an NLL franchise, which will operate in Albany, NY, and begin play during the 2021-22 season.

As a well-connected lacrosse player, coach and entrepreneur, it was easy to stock the CTCBLL with an experienced and knowledgeable group of coaches. All he had to do was tap into his expansive lacrosse network to find candidates. What he assembled was an all-star cast of former players to mentor and coach in one of the NCBS’ newest leagues. The coaches' list includes former NLL standouts Roy Colsey, Mike Regan, and Jamie Hanford, former NLL teammates Brian O'Keefe and Andy Towers, and past Calgary Roughnecks’ draft pick Andrew Kirkaldy.

“As many field players look to improve their skill set, many are realizing the benefits of playing real box lacrosse, especially its faster decision-making and physical contact requirements,” said Marti. “Given how new box lacrosse really is to US players, you need experienced coaches to teach it properly. I was fortunate to have such good players and friends around the Connecticut area who shared the same passion for box lacrosse and making players better. They taught specific skills and instilled team play such as power plays, man down, when to press, when to use the clock, finding matchups, etc. That is hard to do if you don’t have experienced coaches.” 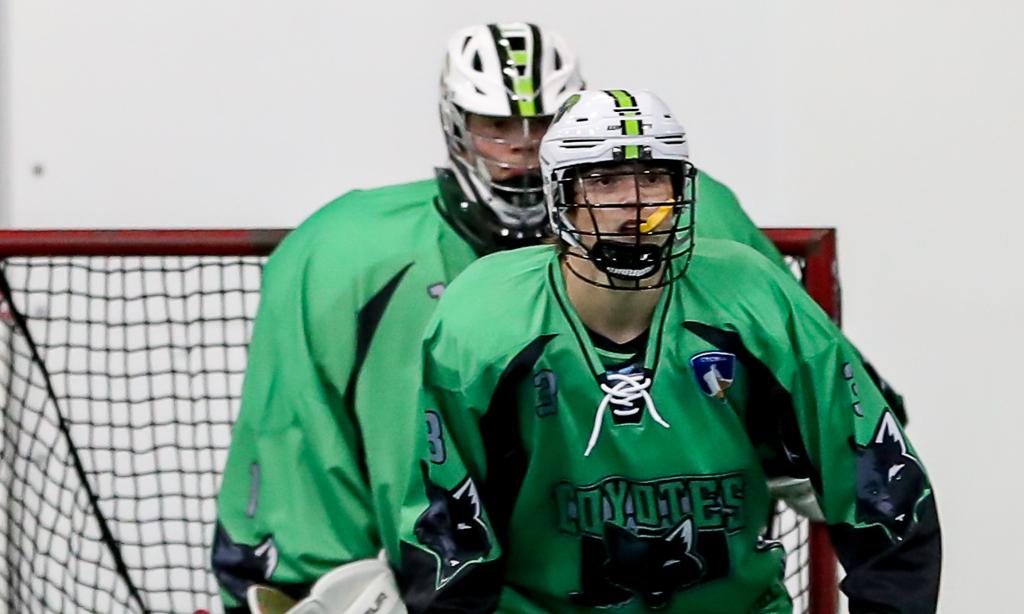 When putting together his coaching staff, Marti chose to work alongside fellow business partner Colsey. The Yorktown Heights, NY, native was rated the ninth-best American-born player in USBOXLA’s All-Time National Lacrosse League Top 30. The Syracuse University product played 11 seasons in the NLL, suiting up for the Rochester Knighthawks, Buffalo Bandits, New Jersey Storm, New York Titans and Anaheim Storm. He earned the distinction of being one of only two American-born players to be named a First Team All-Pro.

In 2004, Colsey established Team Superstar to offer lacrosse development to kids in grades 3 to 12. Based in Ridgefield, Conn., Team Superstar added box lacrosse to its programming in 2016. Officially joining USBOXLA in 2017, Superstar has competed in the last four USBOXLA Nationals.

“I love the USBOXLA structure,” Colsey has previously stated. “I love what they are doing as far as growing the game. They are stressing having fun and getting better while playing this game. I love the way they are focusing on safety and making sure the rules are the same at every tournament.”

Superstar players have competed for Team USBOXLA and its teams have won national titles in 2018 and 2019. What started with 100 kids has blossomed into a club with over 200 kids. The CTCBLL has become an extension of the Superstar Box Lacrosse program, giving its college-aged players an opportunity to continue playing high-level box lacrosse.

“The collegiate league is simply the next step for all the youth box players that have been coming out of the various youth lacrosse box programs across the US that heretofore haven’t had an opportunity to play organized high-level box lacrosse in the US beyond high school,” said Marti. “I am partnered with Superstar Box Lacrosse run by Roy Colsey, one of the largest and longest-running programs in the US, and partnered with USBOXLA. The young kids who started with the program 5 years ago are now in high school and are extremely talented box and field players. Many will soon be going to some of the top universities in the country to play field lacrosse. When they return for summer break, they will now have an opportunity to continue improving their skills, push themselves to get better, and work on their mental speed, and, as part of the NCBS, have an opportunity to play for a box lacrosse National Championship. In four to five years, many of these US players will be playing in the NLL.”

The mission of the CTCBLL is to bring “structure to the growth of box lacrosse in Connecticut and the surrounding areas.”

“Superstar has been an anchor of East Coast programming for years, offering a great product and legitimate talent,” said USBOXLA Co-founder and President Shaydon Santos. “The CTCBLL is a continued path of development for not only these youth box trained players but elite level collegiate players looking to hone their skills and do something great this summer.”

Players are flocking to the CTCBLL after the first season, as over 200 student-athletes are already registered for the league that will resume playing in June. It has become so popular that Marti has started planning for additional teams and breaking ground on an indoor facility. To accommodate the demand, he also envisions multiple tiers for the college athletes in the future, similar to the setup in Canadian junior box lacrosse.

“If you have 300 kids who are coming to try out and you only have four teams of 20 players, that’s a lot of kids who aren’t going to play,” said Marti. “It would be great to either expand the teams or have A, B and C divisions so these kids can grow and get better.

“A key problem with box development in the US is field availability. If I had my own facility, it would be a lot easier. That’s what I am hoping for in the future. If I am right about the number of kids who are going to be playing box lacrosse, that’s what’s going to be needed.”

This year, the goal of the CTCBLL is to crown the second Constitutional Cup champion and send the team to the USBOXLA Nationals, which is the host site for the second NCBS National Championship. The event is slated for San Jose, Calif., from Friday, Aug. 6 to Sunday, Aug. 8, in what will easily be the biggest box lacrosse event in American history. Over 130 teams will compete in divisions ranging from Novice to the National Collegiate Box Series.

For more information on the Connecticut Box Lacrosse League, go online to www.ctboxlacrosse.com or follow @ctboxlacrosse on Instagram. 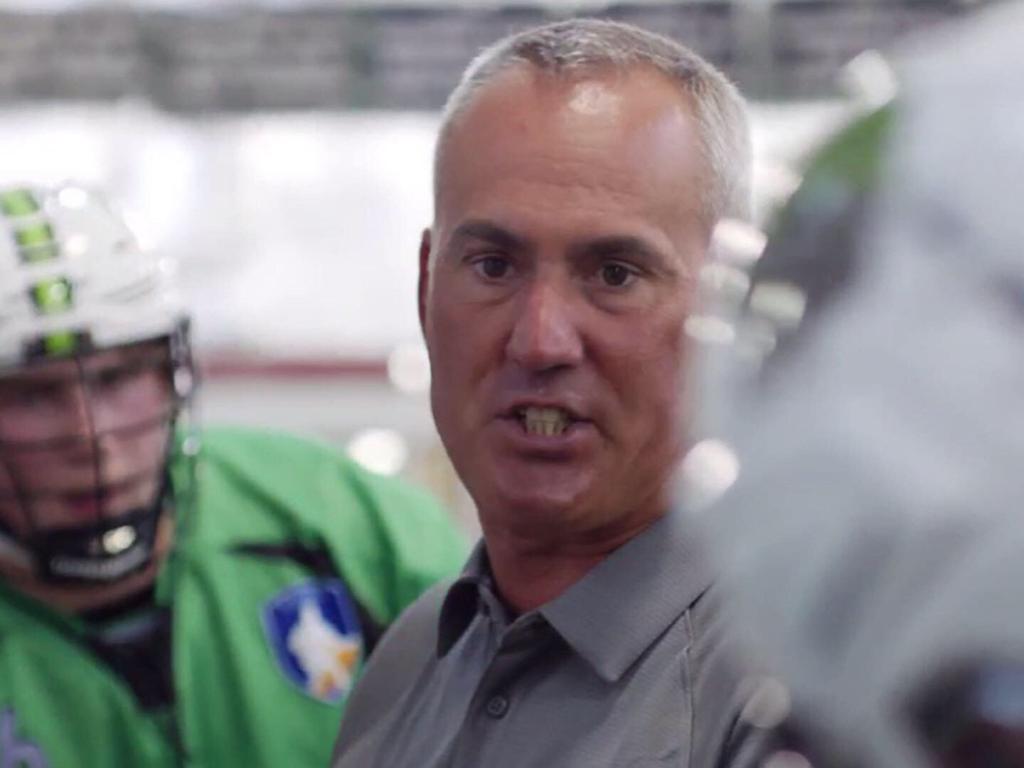