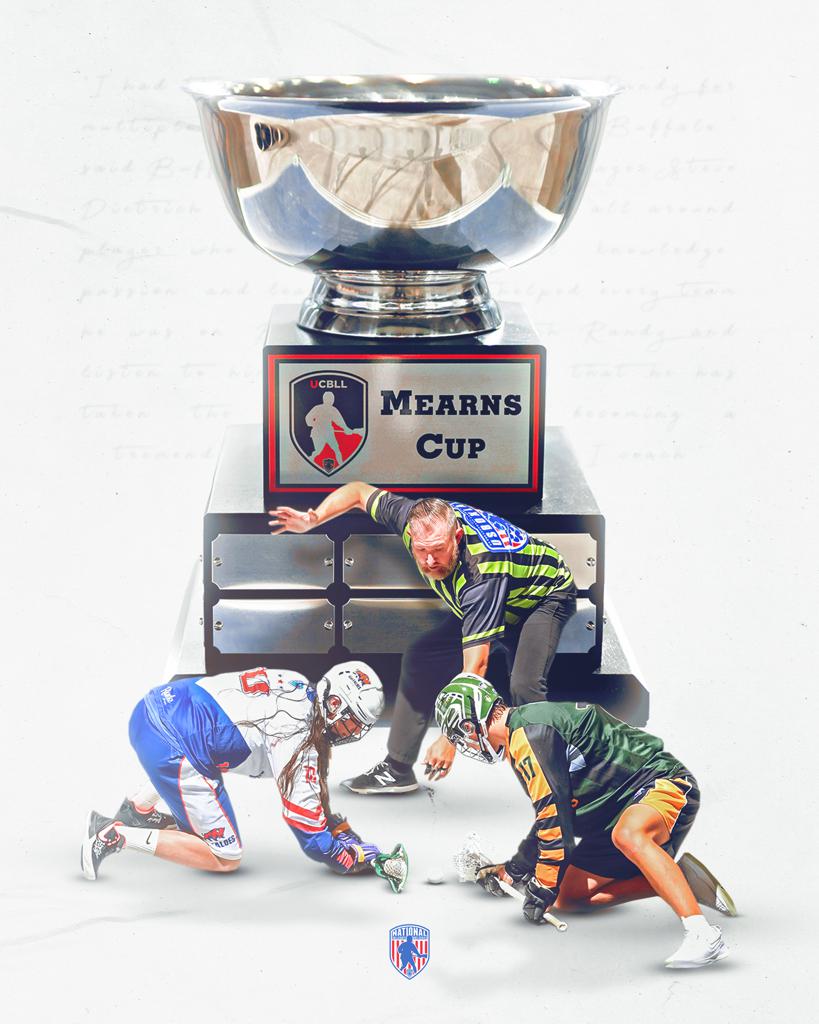 Those who know Hall of Fame lacrosse player and coach Randy Mearns realize he is never at a loss for words. His talkative nature and animated delivery are what make him so popular on the sidelines and behind the mic.

Well, that all changed two weeks ago after receiving a congratulatory phone call. Mearns was floored when he learned that the Upstate Collegiate Box Lacrosse League (UCBLL) championship trophy would bear his name.

“Speechless. That's a good way to describe it when I heard the news,” said the St. Bonaventure University men’s lacrosse head coach. “I was like, ‘Wow. That’s crazy!’ It's certainly very humbling!

Lacrosse has always been a passion and I’ve been fortunate to work with so many tremendous players, coaches and staff to help grow the Creator’s Game and to have the opportunity to build incredible life-long friendships along the way. I’ve been very blessed and thank the UCBLL for this great honor.”

It’s appropriate that the league bestowed the honor on a man who has meant so much to the growth and success of both field and box lacrosse in Rochester and Buffalo. Mearns has achieved success and notoriety in all facets of the game, be it a player, coach, or color commentator. Five times he has been enshrined into Halls of Fame--Canisius College, the first Rochester Knighthawks franchise, Western New York Lacrosse, Ontario Lacrosse and Canadian Lacrosse.

“I had the pleasure of playing with Randy for multiple seasons in Rochester and Buffalo,” said Buffalo Bandits General Manager Steve Dietrich. “He was an unbelievable all-around player who combined great skill, knowledge, passion, and leadership that helped every team he was on. Being able to watch Randy and listen to him, it is no surprise that he has taken the next steps into becoming a tremendously successful Division I coach.”

At the pro level, Mearns broke into the Major Indoor Lacrosse League (later the National Lacrosse League) in 1993 and won a championship with the Buffalo Bandits before heading up I-90 to spend his next seven seasons with the original Knighthawks (1995-2001). While in the Flower City, the St. Catharines, Ontario, native helped the Knighthawks to four title game appearances (1995, '97, '99 and 2000), which included winning the 1997 championship. Mearns ended his career in 2002 back in Buffalo, completing his professional career with 244 points. 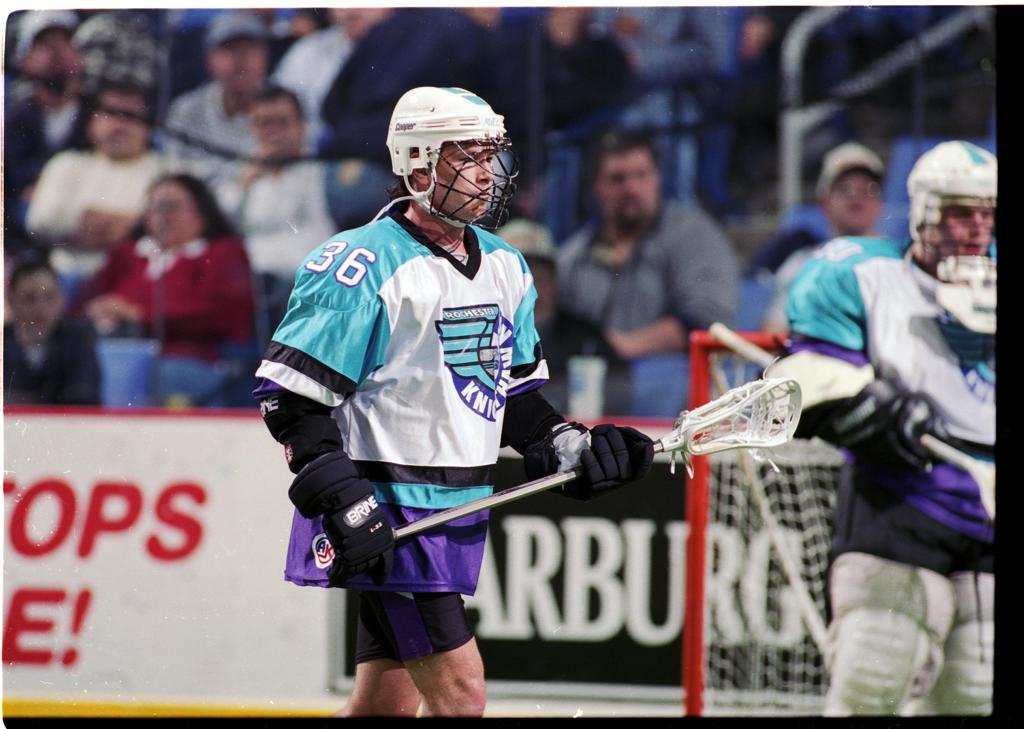 He found even more success playing box lacrosse in Canada, capturing Mann Cup championships with the Brampton Excelsiors (1992-93) and the Six Nations Chiefs (1994-96). He also won a Minto Cup in 1990 with the St. Catharines Athletics.

Internationally, Mearns has competed as a player and coach for Team Canada. He twice earned a gold medal, winning a world championship as both an assistant and head coach. In 2014, he led the Canadian National Team to the Federation of International Lacrosse (FIL) World Championship. He was previously an assistant coach in 2006 and 2010, with the 2006 team winning the gold medal.

At the collegiate level, the former three-time leading scorer at Canisius College coached his alma mater for 19 years. During his tenure with the Golden Griffins, Mearns led his program to a pair of Metro Atlantic Athletic Conference (MAAC) Championships and NCAA tournament appearances in 2008 and 2012. On June 20, 2017, Mearns was named the inaugural coach at Division I St. Bonaventure University. This past season, he guided the Bonnies to a 5-5 record and a trip to the MAAC Semifinals.

Mearns has been a vocal supporter for the UCBLL and encouraged his players to take their skills into the box. On August 2, he will attend the Upstate Collegiate Box Lacrosse League’s Finals at The Blue Cross Arena and hand out the inaugural Mearns Cup. The UCBLL Playoffs open Thursday, July 29 in Rochester.

“Randy is a lacrosse icon in western New York and has spent his life growing the field and box games in Buffalo and Rochester. It’s awesome to have someone of his stature associated with our league as the championship trophy will now feature his name,” said current Rochester Knighthawks General Manager Dan Carey, who played for Mearns at Canisius before making the jump to the NLL as a player. “Randy has been a great advocate for the UCBLL. As a Hall of Famer lacrosse player and coach, he knows firsthand the benefits of playing box lacrosse.”