LARGEST FIELD IN HISTORY TO COMPETE FOR NCBS NATIONAL CHAMPIONSHIP 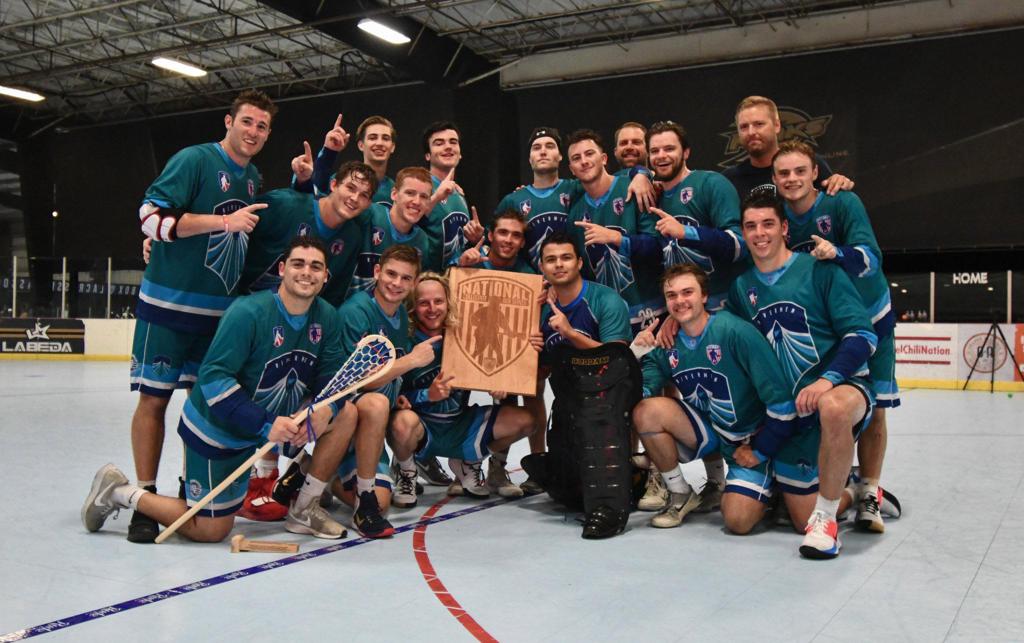 The Future Is Now. pic.twitter.com/UUKznJgnNt

Like most sports leagues, the National Collegiate Box Series (NCBS) has emerged from COVID-19 with renewed excitement and anticipation. After a 22-month hiatus, the NCBS returned to action in June with a record 17 teams playing in five leagues across the country.

“When the Colorado Collegiate Box Lacrosse League began in 2017, the thought of a national tournament was a dream,” said NCBS Commissioner Niko Blankenship. “Then the formation of the National Collegiate Box Lacrosse League two years later felt like we took the first important step toward that dream, but at the end of the day, it was a two-team tournament. This season’s championships, having five teams from across the country come to one spot to compete for a championship, is the fulfillment of that initial dream. (We now have) 11 games, one city, one trophy. It’s going to be a lot of fun.”

The tournament will kick off on Thursday, Aug. 5, with a 5:00 p.m. (PST) showdown between Colorado and California. Each of the five teams will play four games, with the top two teams advancing to play in the National Championship on Saturday, Aug. 7.

The Rivermen, who currently lead the OCBLL, are anxious to return to California to defend their title. The Ohio Cup Champions defeated Colorado’s Morrow Cup champions, the Fighting Bison, en route to winning the first-ever NCBS National Championship in 2019.

"The OCBLL’s Rivermen’s historic win at the first NCBS National Championship in 2019 was a statement to the country. Ohio can stake a serious claim as the box lacrosse capital of the United States" said USBOXLA Co-Founder and President Shaydon Santos. "The OCBLL's  Ohio Cup Champions will no doubt be favored to hoist the NCBS National Championship trophy at the USBOXLA Nationals."

The USBOXLA Nationals will serve as the site for the second NCBS National Championships. The event is part of the biggest box lacrosse event in American history, featuring divisions ranging from Novice to the National Collegiate Box Series.

“The expansion of the NCBS to include the other states, not just Colorado and Ohio, is going to make the quest for the championship that much more competitive,” said Greg Bice, who coaches the Rivermen. “Our players are pumped to play against the best from the other leagues at an amazing venue. I am excited to see where this thing goes in five years as it is only the beginning for the NCBS in the United States.”

For teams from Connecticut, western New York and California, this will not only be a first opportunity to play for a national championship, but also to impress coaches and scouts from around the National Lacrosse League. “As US box lacrosse continues to grow, the best players desire to push themselves in competition at the highest level against their peers,” said CTCBLL commissioner Oliver Marti. “With many NLL scouts looking for the next great players, this venue provides an excellent opportunity for those players that strive to be the best to showcase their talent while competing for national dominance.”

The Connecticut Collegiate Box Lacrosse League enters its second season and first as a full member of the NCBS. Founded by Marti, a former professional box player and owner of the National Lacrosse League’s Albany FireWolves, the CTCBLL returned its four original teams in the Revolution, Generals, Copperheads and Coyotes. On July 15, the Generals captured the Constitutional Cup and became the first Connecticut team to advance to the NCBS National Championship.

The Upstate Collegiate Box Lacrosse League, which features the Buffaloes, Armory and Hawkeyes, draws players from numerous local high school and college programs and Indigenous communities. The league in upstate New York is unique as it was founded by the NLL’s Buffalo Bandits and Rochester Knighthawks. Several NLL stars are behind the benches, and the Rochester teams play and practice at The Blue Cross Arena on the Knighthawks’ home turf. 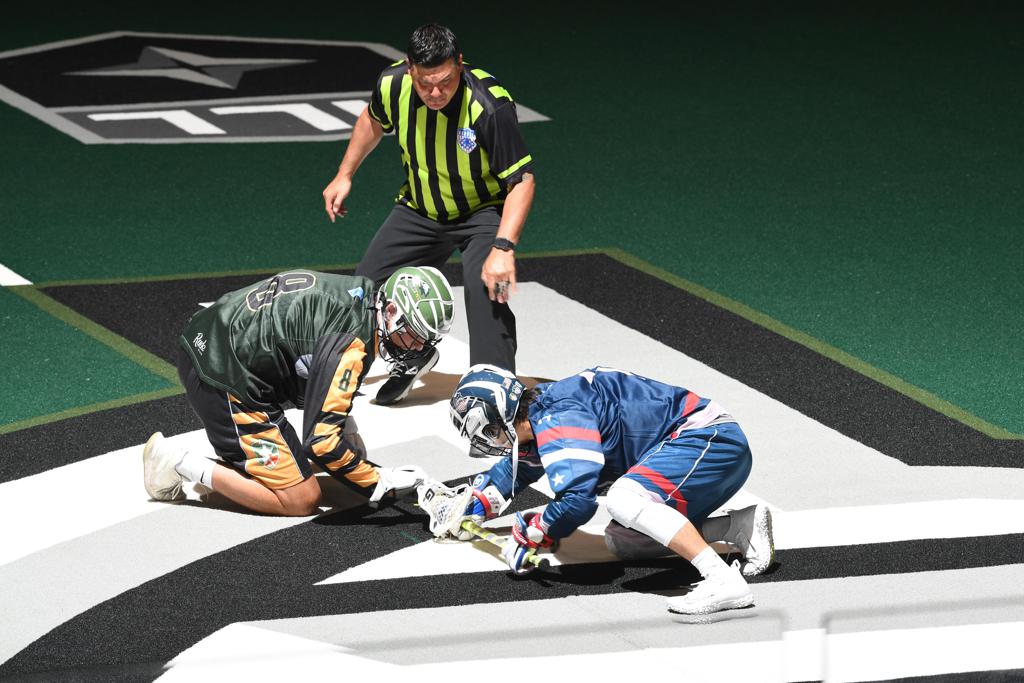 “Upstate New York has always been a hotbed for lacrosse, so when we heard about the NCBS we knew it was a no-brainer to try to bring it to the area,” said UCBLL Commissioner Dan Ristine. “Having the Bandits and Knighthawks partner to create a spot for collegiate players to not only play high-level lacrosse in the summer but now compete for a national championship against four other leagues is an experience we hope these athletes never forget. All eyes in the lacrosse world will be on these players, including NLL scouts and general managers. We couldn’t be more excited to send our Mearns Cup Champions to San Jose.”

The California Collegiate Box Lacrosse League is also stocked with phenomenal athletes and has the backing of the National Lacrosse League’s San Diego Seals. San Diego veterans Cam Holding and Wes Berg are among the coaches, and Pechanga Arena, home of the Seals, hosted the final head-to-head series between the Royals and Dragons.

The players and coaches from the newest NCBS league, the CACBLL, will have the shortest commute to the National Championship, residing in southern California. The Royals will represent their league after winning the first league title over the Dragons on July 25. The entire experience will help shape the future of box lacrosse in the region. With youth lacrosse at its zenith, college players in California can now also play for a national title for the first time in history.

“This will be an amazing experience for Southern California box lacrosse players. We have been working hard down here for a chance to compete in the NCBS National Championship,” said Holding. “This would give our guys a chance to play against some of the best box players in the US and find out where our team is really at skill-wise. Additionally, the NCBS Championship allows our guys to make an impact on the box game and get their name on the radar of some NLL GMs out there. Finally, it is an opportunity to continue their path in box lacrosse and hopefully play at the highest level once out of college. We are working incredibly hard to make sure our guys have a chance to compete at this event!” 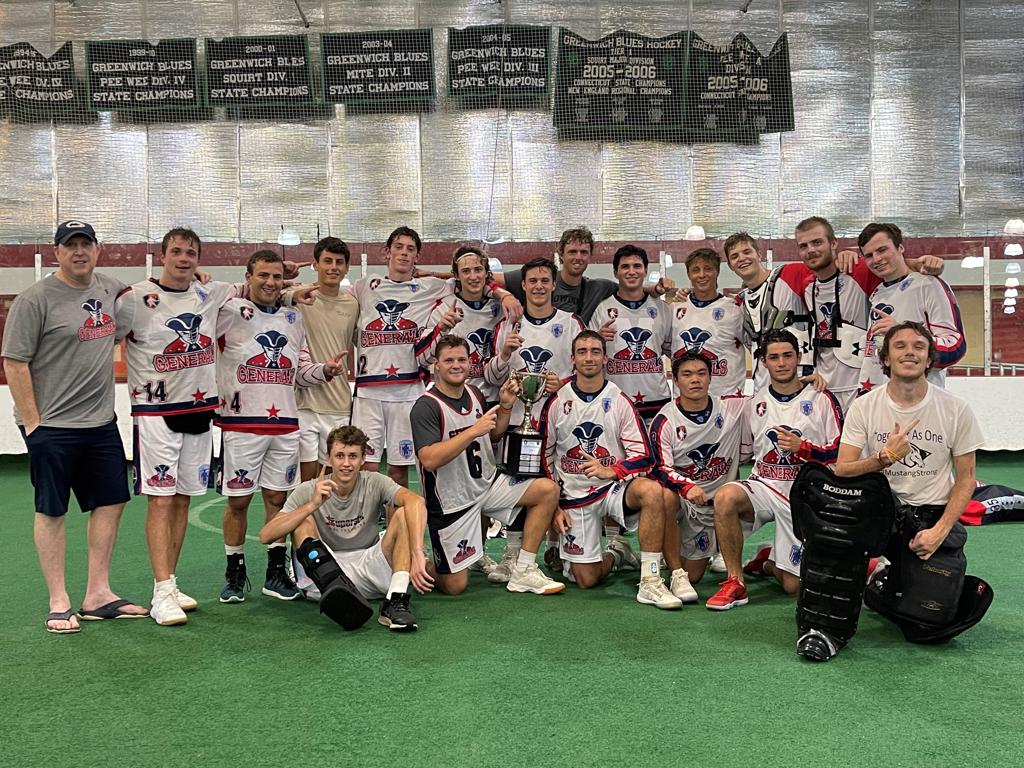