A post shared by US Box Lacrosse Association (@usboxla) 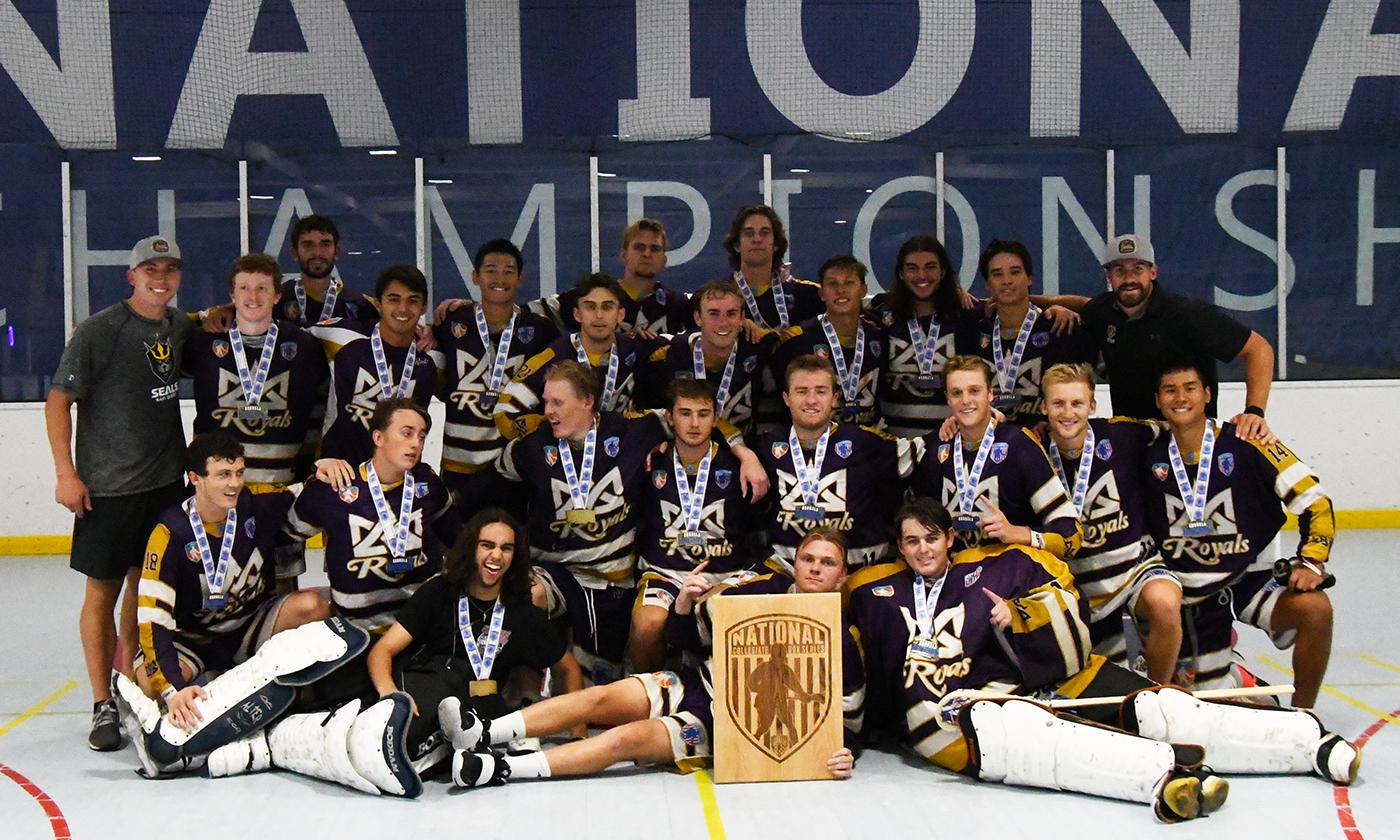 The San Diego Royals rallied to edge the Armory 12-11 in overtime Saturday to claim the National Collegiate Box Series (NCBS) National Championship. Zach Snider scored 2:12 seconds into the extra session as the Royals were crowned champions in their inaugural season.

“That was a phenomenal experience… getting that game-winner and rallying the guys,” said the 17-year-old University of Detroit Mercy commit. “To come back from a two-goal deficit was amazing.”

In the title game, the Royals battled back throughout the afternoon, never leading during regulation as they erased two and three-goal deficits. Jake Govett and Alderik Van Der Hyde powered the offense with three-goal efforts, while Snider added a pair of tallies.

Goalie Caleb Mackie was named the Game’s MVP as he denied Casey McDermott’s shot from the high slot early in overtime. Mackie just got enough of the shot, as it deflected off his pads and spun backward instead of skipping forward across the goal line. Seconds later, Snider notched the game-winner.

“It’s such a big honor,” said Mackie, who deflected the praise. “They stepped up and scored a lot of goals and won the game for us.”

The respective champs of two of the newest leagues in the National Collegiate Box Series (NCBS), who both finished the round-robin 3-1, produced a classic. The top-seeded Armory beat the Royals the previous day, 8-6, to join their San Diego counterparts in the finals. 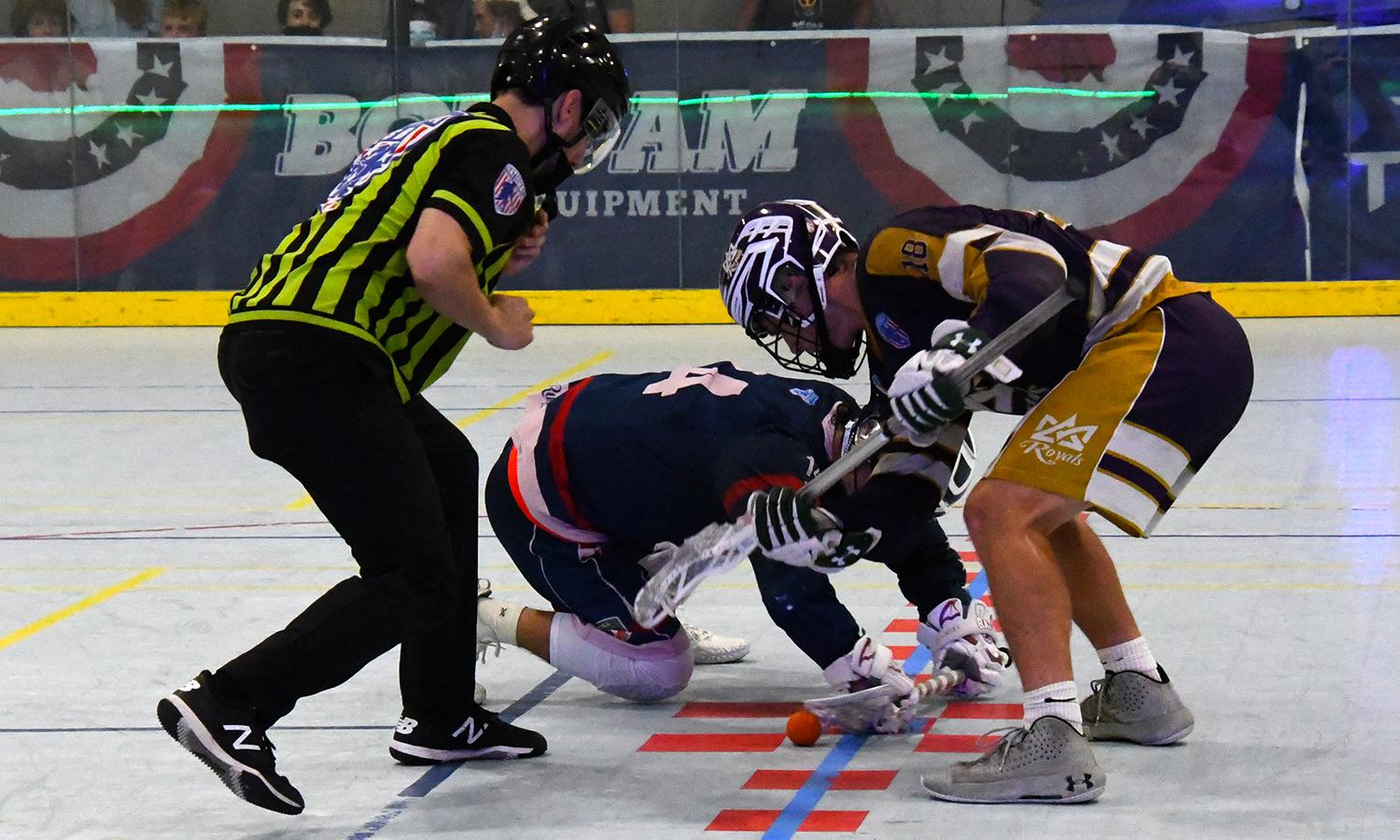 The Armory came out buzzing and scored on two of their first three shots on goal, courtesy of Camden Hay and McDermott. It was the first of four leads for the team from Upstate Collegiate Box Lacrosse League (UCBLL). The Armory effort was led by Luke Pilcher, who had four goals. McDermott chipped in three goals, which included a pair of tallies to open the third quarter.

After witnessing the Royals force four ties in the first half, the Armory opened the second frame with a 3-0 run. Johns Hopkins rising star Casey McDermott scored on outside shots in the first three minutes of the second half. The goals were sandwiched around Hunter Lemieux’s five-hole goal and gave the Rochester team its biggest lead of the game at 8-5.

However, the resilient Royals fought back to tie the contest at eight as they reeled off three straight goals. Payton Rezanka started the run with a breakaway tally, which was followed up by goals by Govett and Reed Rezanka.

“It was nerve-wracking and so frustrating, playing against a team that never gave,” said Armory coach Ron Cogan. “When we went three goals ahead, they didn’t give up. They could have packed it in, but they kept fighting. They were a tough team to put away.”

That was evident in the fourth quarter as the Armory was just 2:45 away from a championship. They pulled ahead after Pilcher scored his fourth after eluding four defenders, and Joey Pezzimenti squeezed in an outside rip to pull ahead 11-9. But true to the script, the Royals regrouped to tie the contest. Van Der Hyde connected on the power-play with 2:45 to play to get within one. Govett then tied the game at 11 with a rocket from the left wing with 30 seconds to play to force overtime.

In the extra frame, Will Dempsey stonewalled three Royals’ attempts to give his team a chance to win the game. The Armory went on the attack, but Mackie made two saves, including smothering a leaping shot from McDermott.

On the next offensive position, Snider remembered the advice preached to the team by Royals coach and San Diego Seals forward Wes Berg before pulling the trigger from the outside. He seized the role of hero as he scored on a shot low to the far pipe to secure the championship.

“Wes always tells us to shoot far side, and I had Chase (Ladrido) set the seal. I thought on it and said, “I am just taking it,’ said Snider. “I just saw that little window on the far side and just took it.”

The Armory was awarded silver medals for their effort as the first-year club from upstate New York finished one goal shy of winning the NCBS championship.

“Not the way we wanted the game to end, but I am very proud of how the team played and fought for each other,” said Pilcher. “The Armory was a great group of guys and I couldn’t be prouder of how everyone contributed to the team. There is a really bright future to this team and this league.” 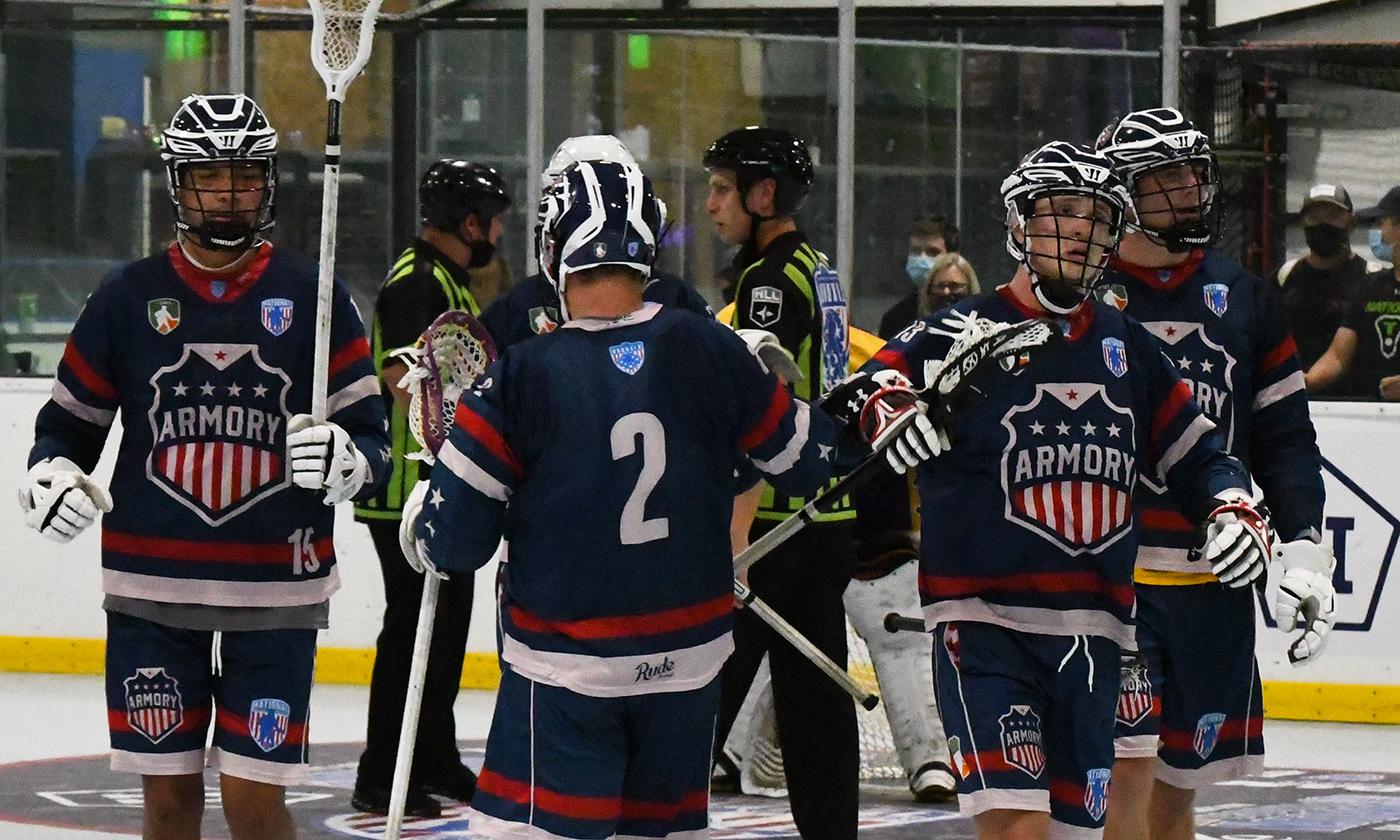 The Future Is Now. pic.twitter.com/UUKznJgnNt