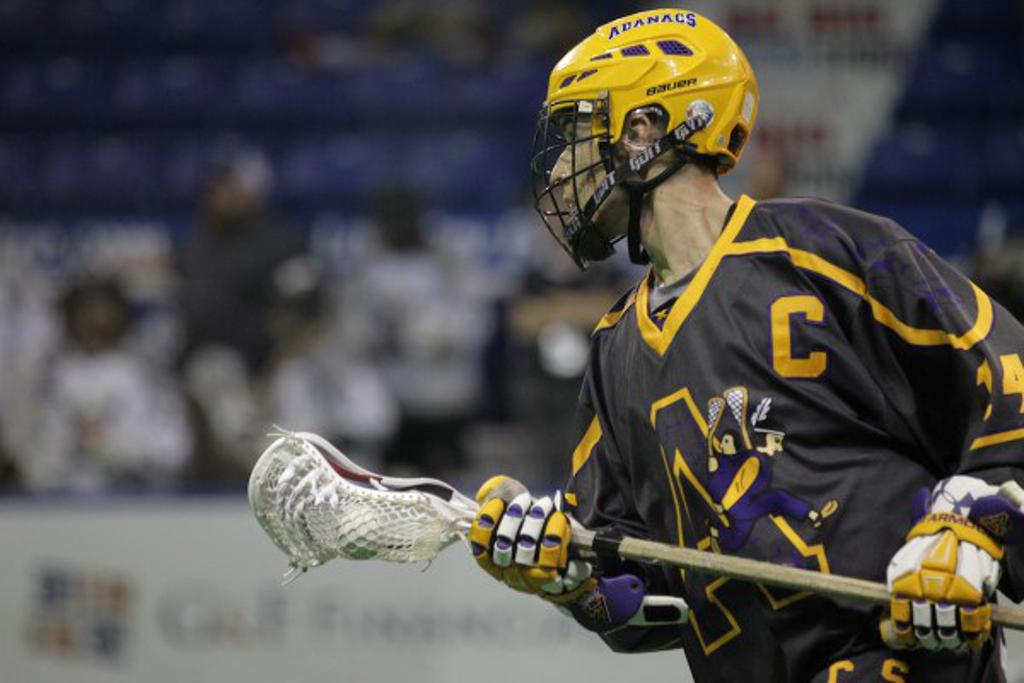 There’s been a long line of Canadian-born, box-bred leaders at the University of Denver.

From current Associate Head Coach Matt Brown playing for the Pioneers in the early 00’s, to Geoff Snider slaying the circle around that same time, and to more recent leading men like Mark Matthews, Jeremy Noble and Wesley Berg, Denver has had its fair share of Canucks playing critical roles on their roster.

Today that gig belongs to Tyler Pace, who in addition to preparing himself for his final season with Denver, also recently bagged Canadian Junior ‘A’ gold – the Minto Cup –  with his hometown Coquitam Adanacs (that’s Canada spelled backwards for those wondering what on earth an Adanac was).

Pace also plays a part with USBOXLA member Denver Elite, where he coaches Colorado youth both box and field lacrosse. The DU middie coached alongside Brown, Colin Doyle and John Gallant at this past summer’s Denver Elite and Cali*Lax ALL-STARS B.C. camp, giving Americans a glimpse of what legitimate Canadian box lacrosse truly looks like.

We checked in with Pace just days after he captained Coquitlam to arguably the most thrilling Minto Cup Canada has witnessed in decades, which involved him hoisting the trophy and also almost destroying it too (gif proof below).

For any Americans that might not be overly familiar with the Minto Cup and what it means to the Canadian lacrosse landscape, how would you define it?
I’d say it’s equivalent to a national championship in college lacrosse. You have maybe four years to win it during your Junior ‘A’ career, and most guys never really are able to get close to competing for it or playing in a game of that magnitude. It’s an extremely special trophy up here.

Canadians often say the Minto is the most difficult Cup to capture in lacrosse.
No doubt it is. Professionally you play for as many years as your body lets you. You have many years to win in the NLL or MLL. But if you play junior lacrosse, some guys play as few as a single year, and depending on what province you play in, you may get a max of five. That’s it though. To win within those minimal years is pretty tough to do.

Although you missed about half of the BCJALL regular season while still at the University of Denver, your Coquitlam crew were perfect while going 21-0. You guys looked unbeatable.
That’s how we felt. Unbeatable. You look at this group early in the season. We had lot of really good players away still, but between Intermediate and ‘B’ call-ups, those guys held the fort down until players were back from college or healthy. To come back into an environment like that, seeing how strong we already were, that speaks volumes of our program. Not only were we good this year, I think that early part of the season showed we’ll be good for many years to come. 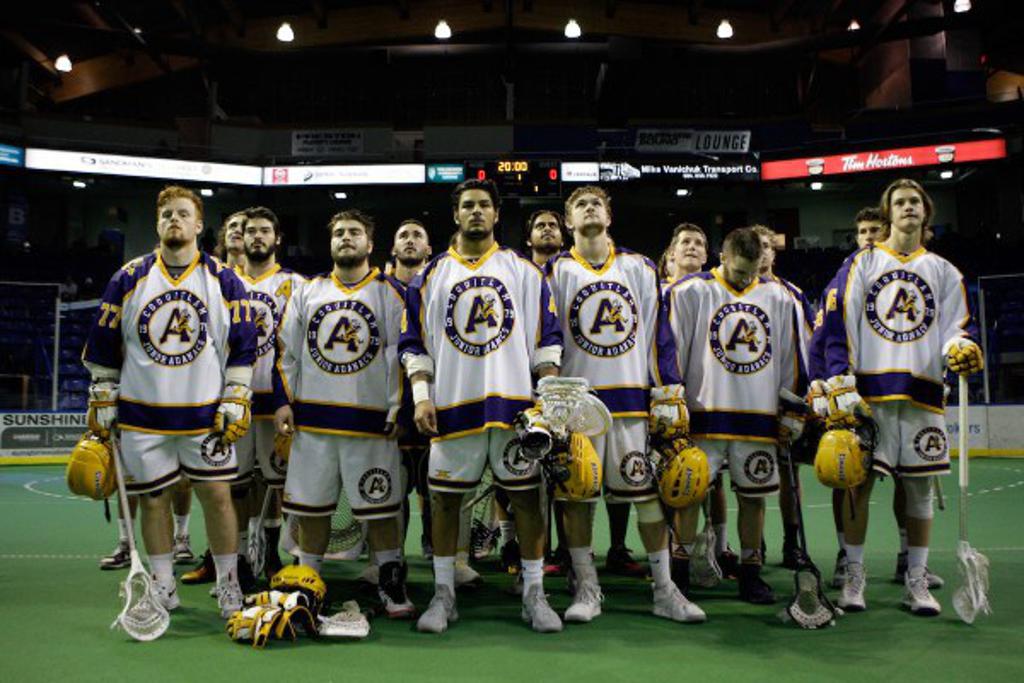 Just how impressive was Coquitlam’s 21-0 regular season run? They’re only the fifth team in BCJALL history (going back to 1959) to go anything-0 (no ties either). The rest, including notable names you might recognize from each Cup-winning roster, below:

Coquitlam’s recent dominance almost has the feel of the Burnaby Lakers back in Matt Brown’s playing days in the late 90’s and early 00’s. Why is Coquitlam so good right now?
I think the biggest thing is coaching. A lot of the minor teams bring in coaches who know the game and have often played at a really high level. You look at other minor associations, they might have a dad that played hockey coaching their group, using models from that sport that don’t really work in lacrosse. For Coquitlam kids to be coached by quality coaches who teach them those good habits, those little things, well, it just prepares you that much more. It makes a huge difference. 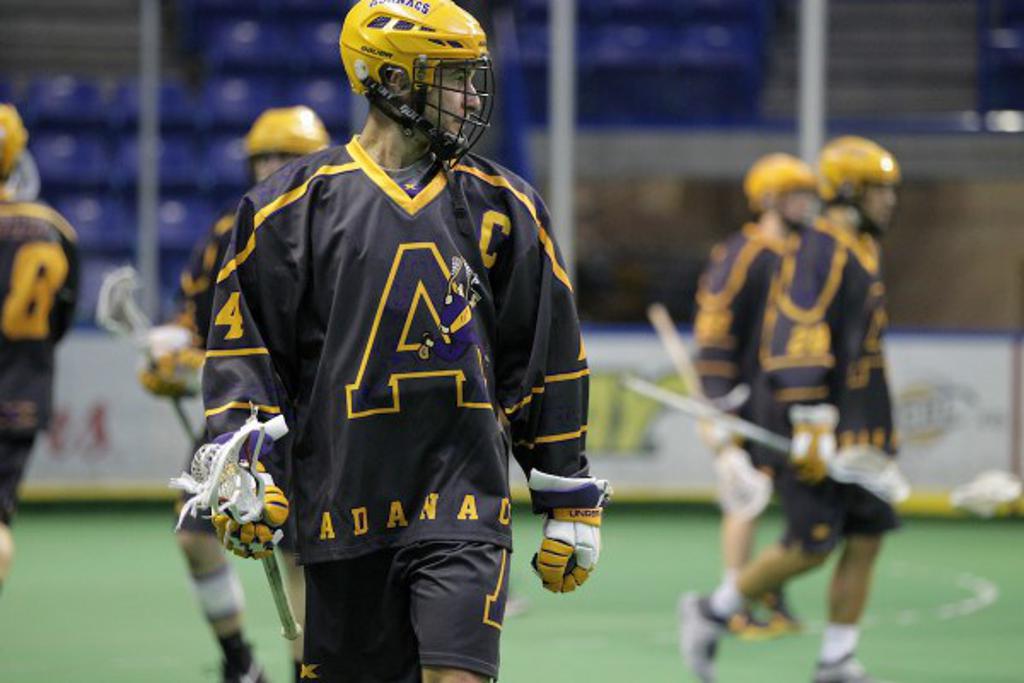 Any Coquitlam coach that really stands out to you?
Pat Coyle. I’d say he’s the best box lacrosse coach I’ve ever had. He was able to challenge all the guys, especially myself, when things were going well or not so well. He was straight up and to the point. If you didn’t like that approach, well, too bad. I think that boosted the guys this year and made a huge difference.

Coquitlam were heavy favorites going into the BCJALL final, but Delta ended up knocking you off in that last round. Did that defeat derail the team’s confidence heading into the Minto tournament?
Well, we were very fortunate that two teams represented B.C. this year. I’m not gonna say we looked past Delta in that final B.C. series, but it kinda wasn’t our main priority. Winning a provincial gold medal wasn’t our goal, but winning the Minto Cup was. To their credit, we played as hard as we could, and they beat us in that series fair and square. At the end of the day, we weren’t deterred or anything though. We just turned the page and moved onto what was next. 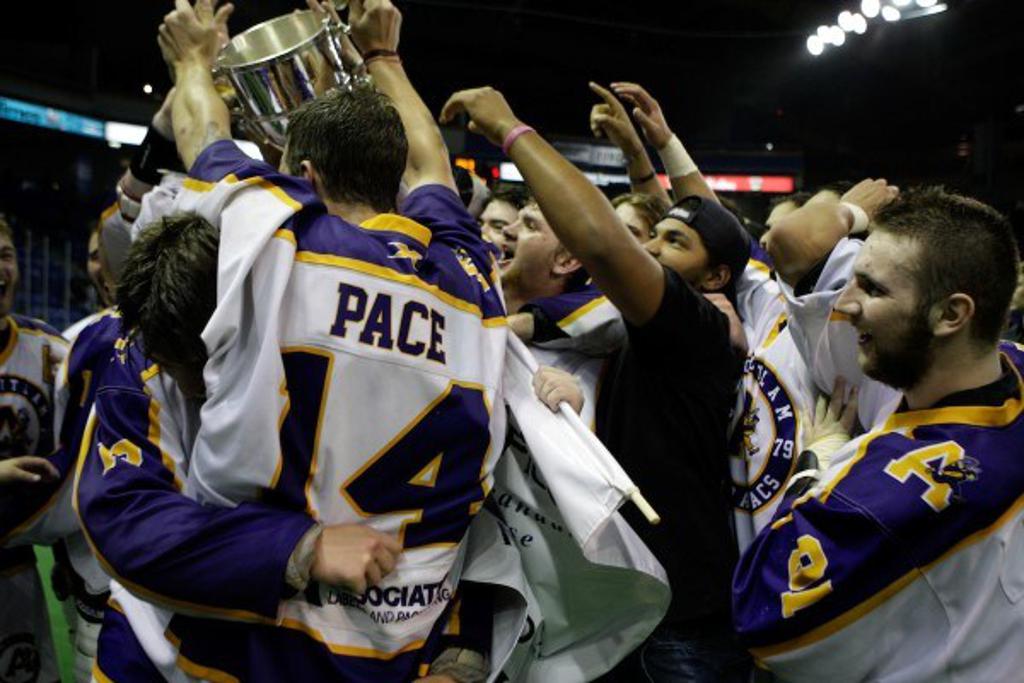 And what was next was one of the most thrilling Minto Cups anyone has seen in quite a while, Coquitlam going the distance with the Orangeville Northmen and clinching it in OT.
Everything at the Minto that could have gone right for us, kinda did. With Alberta beating Delta and us getting that extra day off, that really helped our legs and gave us some extra time to regroup heading into the best-of-five against Orangeville. Maybe we were one game fresher than Orangeville and that kinda helped put us over in crunch time. The whole tournament was awesome though. Seeing Alberta get their first win against a non-Alberta team was very cool. I know they were super excited. Being able to beat our now big-time rival in Delta at the Minto was very motivating too. Of course winning was, well, it’s just something I can’t even describe right now.

You scored maybe the goal of the tournament with a filthy falling finish that was reminiscent of John Grant Jr. in the 2000 NLL Champion’s Cup, but you might be best remembered for this…

How badly did you demolish the Minto Cup?
Ahhhh (laughing). I think the lip kinda dented but the trophy seemed all good. The base is all intact I think. I guess I was just kinda surprised it came off that easily. I won’t forget that for sure.

We saw a bunch of Americans playing in B.C. this summer, over and above the hundreds of kids USBOXLA brought up to compete in youth tournaments, tours and camps. Denver Elite had a trio of players playing at various levels, and you won this year’s Minto alongside the first American (not American born, but just simply a red, white and blue-blooded American) to capture the Cup in Colin Munro. How important is it for the high-end growth of American box for this trend to continue?
I think it’s very important. I’m seeing more and more Americans coming up to Canada. Kids are seeing some of the top Canadians playing in college and are hearing how beneficial box lacrosse was to their development. They want to follow in their footsteps. I think box lacrosse is better than any other tool, better than any field lacrosse practice or drill to help elevate your game and improve the skills you need to work on. There’s no denying the benefits of what box lacrosse provides, and playing it at the highest level you can while growing up is only that much more beneficial. 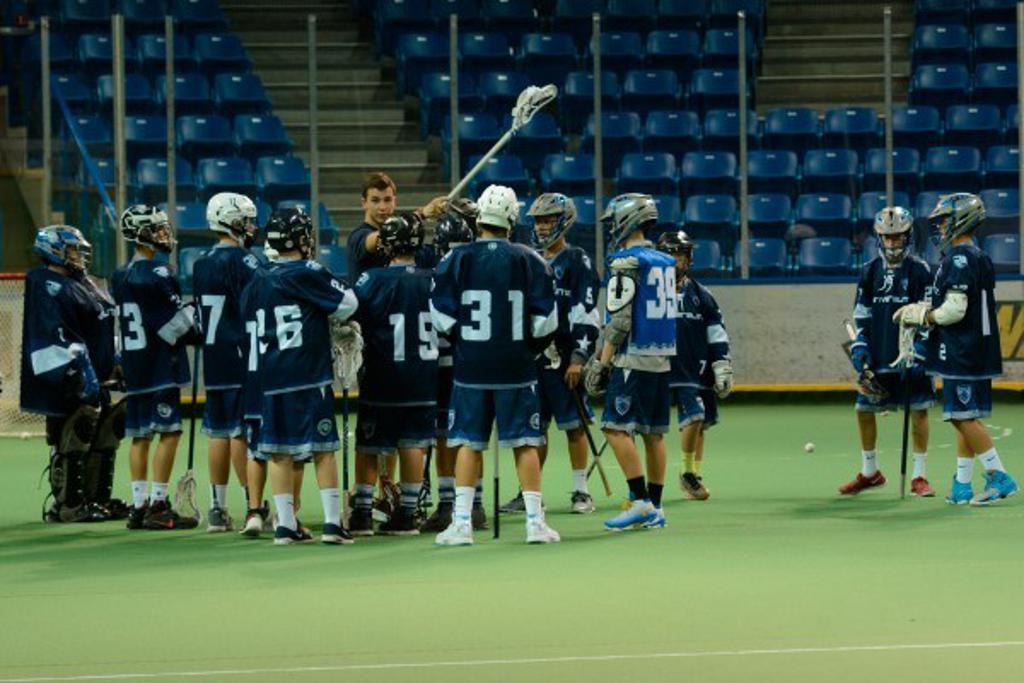 Anytime we talk to them, really any coach or instructor at LXTC and Denver Elite tells us their kids enjoy playing box over field any day of the week. As a coach within that program, are you seeing the same?
LXTC runs both field and box obviously. Being in the US, it’s no surprise that we get bigger numbers for field, because for American kids the future is in field. It’s not like anyone is handing out box lacrosse scholarships. With that said, you head out to a field practice, and the energy is a bit lower, the guys a little less motivated to be there. But go out to one of our Sunday box practices and the kids just absolutely love it! They run, they work hard, they’re constantly asking questions, they’re having a blast. Their interest level in box is so high and seeing them constantly want to improve really is special.

How important is USBOXLA to the growth of the sport in the US?
Well, hopefully we start seeing more professional teams as a result of this amazing growth USBOXLA has started. The NLL wants to grow, but no ones really worked at making the game popular from the grass roots up in the US until USBOXLA really. With more teams you’ll see more youth programs and more kids playing this sport. You’ll have more people invested in the game and start seeing that snowball effect. If it can grow to the height I really believe it’s capable of, I would hope one day we’ll see box at the collegiate level too. 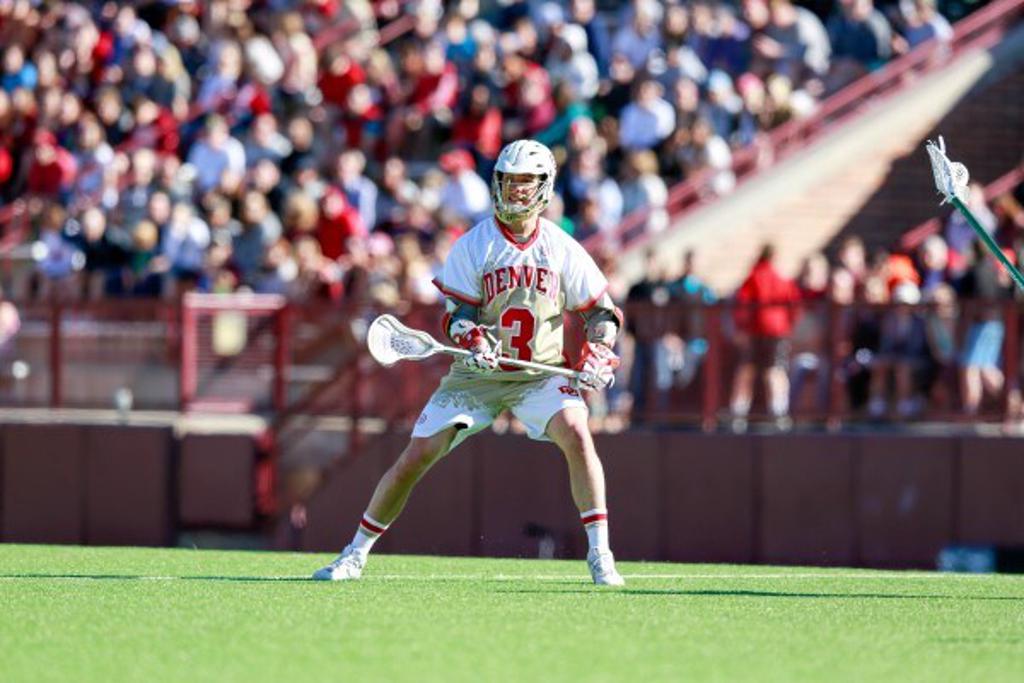 After such a monumental 2015 campaign, last year’s season with the Pioneers ended prematurely, getting knocked out extremely early in the NCAA tournament. What went wrong?
Last year was definitely a little bit different, coming off that national title a year earlier. Coach (Bill) Tierney tried sending the message to us that nothing was going to come easy last year. He kept telling us how much harder we’d have to work if we wanted to repeat as champs. I think everyone bought into that, but I also think we kinda just fell off the wagon towards the end of the year. The last couple games at home, I think we thought we were facing maybe a bit weaker of an opponent and we took them lighter than we should have. Two great teams in Marquette and Towson outworked us and came out on top. No excuses. We got beat.

You’re heading into your Senior season at Denver. What are your expectations for the upcoming year?
Well, I’m going to say that our Senior class is one of the best in the country. We’ve obviously been together for four years now. We’ve played a lot of minutes alongside one another over the years. Trevor Baptiste and the rest of that Junior class is so strong too. Some of our sophomores like Dylan Johnson and Alex Ready are already playing in big roles on our team. And then I think we have some really good Freshman coming in too, who I think will contribute a bunch. So if everything kinda falls into place, almost like what happened with Coquitlam this summer, I think we should have another successful season.

Not sure how much thought you’ve given it yet, but the 2017 NLL draft class, especially that projected first round, looks impressive. You’ll no doubt go very high. Is playing in the NLL something you’ve always wanted?
It is, but it’s nothing I’ve given a ton of thought to lately. I really need to focus on school right now. That’s my priority. But of course, playing in the NLL would be great. I would just love to be picked up, doesn’t really matter where. If a team is interested in me and really wants me playing for them, then that’s where I want to be.