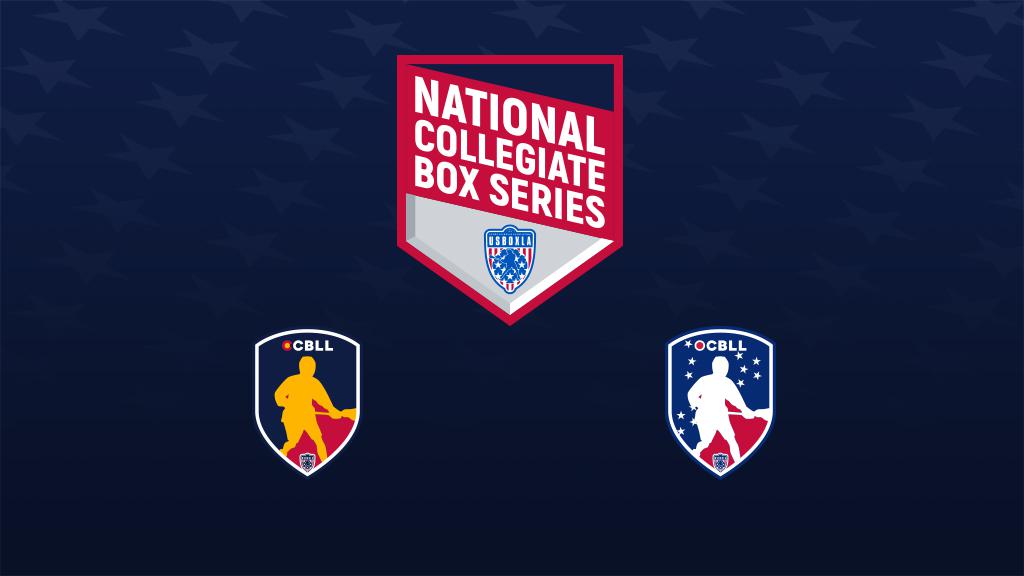 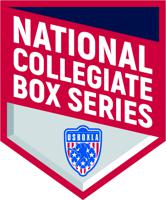 While USBOXLA will continue to sanction already established and upcoming collegiate leagues, the NCBS has been formed to manage each league, ensuring their successful launch and to provide ongoing support within each participating state and at a national level.

Blankenship, who currently serves as the University of Denver’s Assistant Director of Communications and the school’s primary media contact for the men’s lacrosse team, will fill the critical role as the series’ first-ever commissioner. This past summer, Blankenship also successfully served as the inaugural commissioner of the CCBLL.

“The announcement of the NCBS is great news for collegiate lacrosse,” said Blankenship, who will oversee each new league’s player combine, draft, and opening week of action, while providing additional support throughout their regular season and playoffs. “I look forward to not only continuing to be involved in a game operations capacity in Denver, but to be able to make sure that the quality of our product can be matched in our expansion cities.

“I want to thank the owners of the four clubs in the CCBLL last year, and I look forward to building relationships with the new ownership groups across the country.”

One of those expansion groups will be based in Ohio, with teams playing in both Columbus and Cleveland starting in June 2018.

The league will be operated by long-time USBOXLA member Resolute Lacrosse, founded by both Greg Bice and Anthony Kelly.

Four teams will be based in Columbus and host games at the three-pad Resolute Athletic Center, while an additional two teams will call Cleveland home at a soon-to-be-confirmed facility. Team names, logos, schedules, and key dates will be announced shortly.

As the CCBLL did last summer in Denver, the OCBLL will also attempt to secure summer employment opportunities for players that require, plus provide budget-friendly housing accommodations for out-of-town athletes.

Bice, a former Ohio State standout and Major League Lacrosse all star, has been one of the biggest supporters of USBOXLA-sanctioned box lacrosse and feels the OCBLL is the natural next step for Resolute athletes.

“For us at Resolute, we’re always looking for ways to provide opportunities for our players, and college players are no exception,” said Bice, who for the past two summers has served as a coach with Team USBOXLA during high profile Canadian tours. “We’ve had a lot of kids graduate from our program who are currently playing lacrosse in college.

“When they come home for the summer, there’s nothing really competitive for them to get better. Now there is.”

Resolute will also manage the everyday operation of the OCBLL, currently in the final stages of negotiating an arena deal in Cleveland.

“With more USBOXLA-sanctioned collegiate leagues popping up in the next few years, I’m really confident this is going to be something that really catches on and succeeds,” added Bice. “We want to give Americans a similar experience to what Canadian collegiate players experience during their summers.

“I think the NCBS is what will get us there. It’s almost impossible to fathom how big this could be even just a few years from now, but to see the impact the CCBLL had in just a single season last year, well, I’m beyond excited to see this continue to grow into something really special.”

After a tremendously successful inaugural campaign, the CCBLL is already expanding, adding the Red Hawks and Blizzard for the 2018 season. They join the Denver-based league’s original four teams: Bighorns, Fighting Bison, Gold Miners, and Stoneflies.

Between the Colorado and Ohio leagues alone, 240-plus college athletes will be playing real box lacrosse during the bulk of their upcoming summer.

USBOXLA and the NCBS will also be confirming at least one additional collegiate league in coming weeks. This league will be based on the east coast and is tentatively scheduled to carry four teams (a minimum of 80 additional roster spots). More leagues are currently being planned for as early as the 2018 and 2019 seasons.

“With all the additional traction and interest the CCBLL picked up as its first season progressed last year, both an expansion to six teams in Colorado, plus the expansion to Ohio and other upcoming states in the short term was easy to justify,” said Blankenship. “We’ve received an overwhelmingly positive response for what was accomplished in Denver last year, and the buzz in Ohio has already started.

“We hear from college players on an almost daily basis, wanting to know how they can play collegiate box lacrosse next year. We are now able to offer significantly more opportunities to those players with this expansion.”

Currently, USBOXLA membership has ballooned to almost 15,000 members across nearly 30 states, providing players, coaches, and officials an ultra-safe and skilled environment to play box lacrosse the way it was intended. It’s the reason why Bice and Resolute Lacrosse have not only remained with USBOXLA for several years, but why they’ve taken this next step into the collegiate box game alongside the association.

“The NCBS has the right people doing this for the right reasons, and that’s a big reason why I believe this will succeed,” said Bice, who has worked closely with USBOXLA Founders Matt Brown and Shaydon Santos to not only grow box lacrosse in Ohio, but nationally as well. “I want to thank Matt and Shaydon for their vision, not only with the NCBS, but for box lacrosse in America, period,” said Bice. “They’ve provided amazing opportunities for youth at all age levels in the US, and now the NCBS will do the same for college players.”

For players interested in playing in the CCBLL, OCBLL, and other upcoming collegiate leagues, click or tap here to fill out a registration form. An NCBS representative will contact you in coming weeks with more information. For NCBS media inquiries, please contact USBOXLA Marketing & Media Director Paul Tutka at tutka@usboxla.com. Keep watching usboxla.com and follow us on Twitter, Instagram, and Facebook for updates on new collegiate leagues and opportunities in 2018.