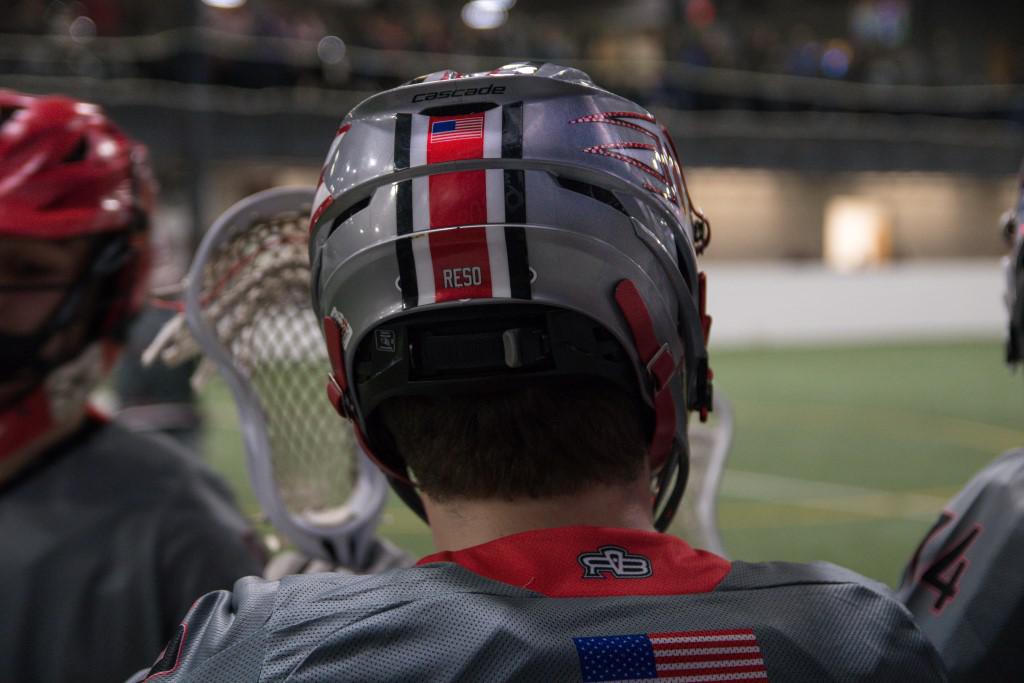 Look back at some of the Team USBOXLA rosters over the years. You’ll notice that many names that highlighted those elite lineups, also made an impact at the Resolute Lacrosse-hosted Midwest Classic – especially at the high school age levels.

The Midwest Classic attracts top talent from not only the US, but Canada too, creating a box-specific battleground for some of the absolute best players currently competing in the country.

This year’s Classic saw arguably the most competitive high school division to date, with teams competing in A and B divisions. Who were the top high school-aged players in Columbus this year? Below, check out the 36 players named to this year’s MWC High School All-Star Team, plus why you might see them wearing the Team USBOXLA red, white and blue in coming-soon seasons. 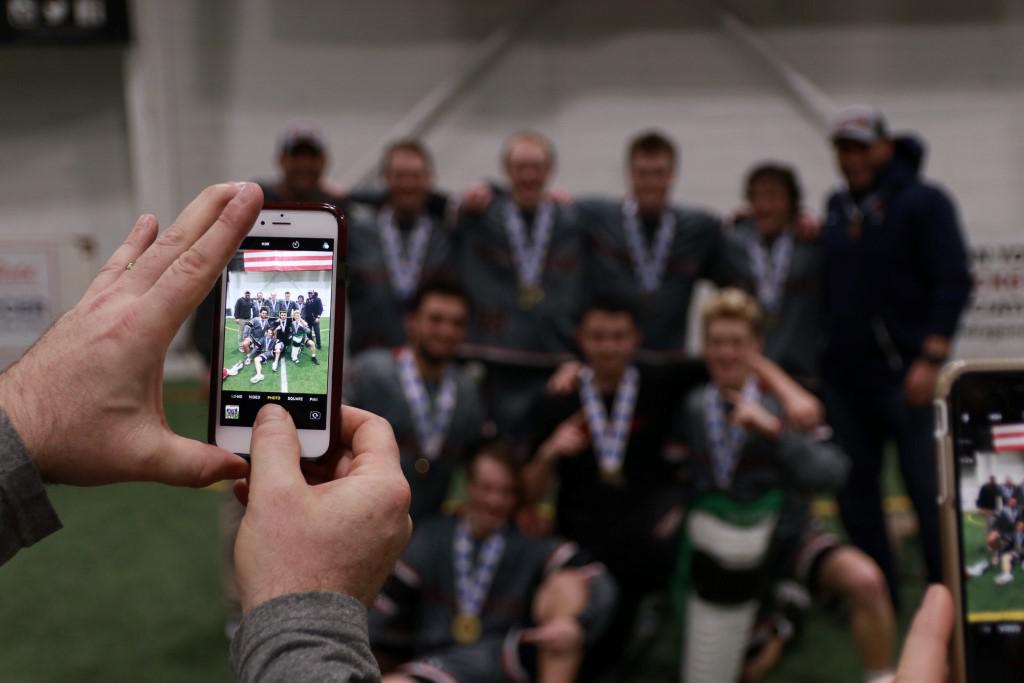 Some of the best Team USBOXLA players were been discovered at the Midwest Classic. (Photo: Mike Peeples)

Andrew Boniface, Resolute
His coaches call him Mr. Hustle, and after watching Boniface go balls to the wall all weekend, the nickname definitely makes sense. A ton of sense. He was explosive in transition and made unsung-hero moves defensively that led to a handful of goals at the other end of the floor. Playing a key role on Resolute’s man-up unit too, there were few players at the Classic this year as versatile and polished as Boniface.

Graham Bundy Jr., Project Missouri
A 2019 Georgetown University commit, Bundy led PROMO in scoring with 12 points at the Classic. A middie on grass, Bundy is an athletic, versatile and dynamic player indoors.

Bryce Clay, Juiced Cherries
The Cherries’ lefty shooter seemed to get better as the weekend went on. A powerful and precise outside scoring threat, Clay finished with his fair share of goals while helping the Cherries secure silver in a very deep High School A Division.

Jack Crosby, Juiced Cherries
There was zero quit in Crosby, who played with some serious sandpaper and jam all weekend in Columbus. In addition to his impressive face-off skills, Crosby consistently created turnovers and grabbed grounders while not giving an inch on any shift. Work ethic will never be an issue with this kid.

Angelo Donatelli, Cleveland Demons
Sidelined for the 2017 box season due to injury, getting Donatelli back in the lineup was a big plus for the Demons in Columbus. The Hudson High two-way threat was a force on faceoffs, battled hard for loose balls, plus played with high-level heart and hustle during the entire tournament.

Shawn Gibbons, Lax Factory
Gibbons faced a ton of rubber during this year’s Midwest Classic, but kept relatively composed all weekend, providing a series of super stops on opportunities that should have definitely been in the back of the net. Lax Factory coaches called Gibbons “a difference maker” for the team in Columbus.

Cole Grindberg, TC Stars
Netting nearly 20 and owning three-quarters of the Stars’ total goal output, Grindberg was easily one of the top offensive players in the division. The future Air Force attackmen was as impactful scoring inside through heavy traffic as he was drilling from downtown. He took some licks while fearlessly fighting through big bodies to the front of the goal, but the hulking Grindberg (6’3”, 185 lbs.) was rarely deterred.

Matt Huizenga, Resolute
Huizenga scored some national attention this past summer when he shared the Team USBOXLA crease during the U18’s most successful #bctour ever. He used the Midwest Classic to further cement his rep as one of the country’s top up-and-coming goalie prospects. Holding down an impressive 4.60 GAA, Huizenga made some spectacular stops en route to Reso grabbing gold.

Elliott Ische, TC Stars
The TC Stars’ defensive leader, Ische was described by team coaches as “exceptional in every defensive area of the game.” He was difficult to play against, was a superb loosie scooper, effectively cleared the team’s own end, and was strong on special teams. He contributed virtually everywhere, even on the scoresheet, scoring a big OT shootout goal.

Clay Miller, Lax Factory
A very versatile forward that averaged nearly a hattrick per game, Miller was Lax Factory’s offensive leader and one of the division’s more creative shooters. He impressively used limited time and space well, but also buried a few crease dives from behind the cage that electrified the rink. Miller was extremely effective on the powerplay too.

Jake Rosa, Juiced Cherries
Son of former NLLer, John Rosa, Jake has a very bright future ahead of him. A draft pick of the Six Nations Arrows (OLA Junior ‘A’), Rosa’s experience and advanced box IQ were evident all weekend. He was a handful creating space and offensive opportunities in front of the net, an accomplished scoring threat that is as smart as he is skilled. Whether playing box or field, Jake Rosa is definitely a name you’ll hear a lot more from in the future.

John Thomas, Cleveland Demons
Thomas has been playing legit box with the Demons for the past few years, and it showed. The righty shooter had good game IQ and overall awareness, leading the team in scoring with both an inside and outside approach that kept defenders guessing where he might end up. A very effective player.

Skylar Wahlund, Resolute
The Reso dot dominator was a beast at the face-off circle, routinely forcing the opposition to keep three bodies back on every draw in hopes of containing him. Wahlund’s play prevented virtually any press chances for the other team. He also made some massive plays in transition. 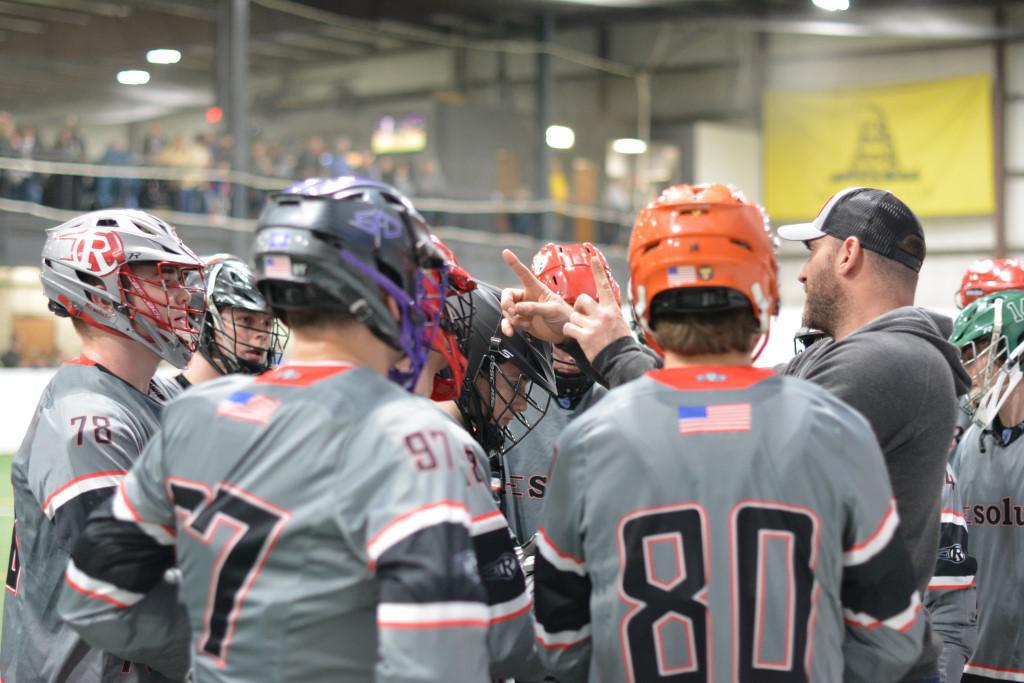 Theo Becker, Resolute
Really, really good off-ball skills, Becker was constantly moving to free up space for teammates, throwing down some serious picks to keep things moving. Did all the little things to keep the Resolute offense humming. With that said, Becker also showed strong finishing skills and buried some important goals for the hosts.

Parker Byrd, Bucktown
A natural lefty finisher, Parker is the type of forward that doesn’t just wait around and pick his spots, he makes things happen. Parker was constantly creating chances for himself and teammates, putting in quality minutes at both ends of the floor, and grabbing hard-to-get loose balls too. A very special player with a bright future.

Krew Conroy, Bandits
A grinder that showed serious sandpaper and grit during face-off and loose-ball battles, Conroy is tenacious, truculent and most importantly, talented. While his defensive determination stood out, his offensive skills were pretty special too, a big contributor at the other end of the floor for the Bandits at the Classic.

Brooks Crowley, Cleveland Demons
Are Americans too soft for box? While that silly stereotype was busted long ago, for any critics still unsure, watch a player like Brooke Crowley, who’ll crush some bodies and your dated mindset. Crowley played super-physical defense, and while his biting style landed him in the sin bin a few times, it also created some monster turnovers and massive momentum shifts.

Mack Daniels, Capital North Stars
A big impact ball player at both ends of the floor. Daniels was the Capital’s leading goal-getter and offensive leader throughout the Classic, but also played with tons of heart and hustle defensively too. A physical player whose solid skill set and advanced attacking approach were custom made for box.

Dante Fuller, Resolute
The Resolute shut-down defender had some tough assignments all weekend, regularly winning those difficult 1v1 battles. Came up with some difference-making loose balls that shifted the momentum of the game, but was also pretty productive in transition, netting a number of O press points.

Ethan Hare, Project Missouri
PROMO had an A and B team in the High School Division, and Hare was so good, he played for both sides. The impressive goalie showed good reflexes and composure during the heavy workload at the Classic.

Lindyn Hill, Bucktown
Some of his spectacular saves definitely lifted this Bucktown group, but coaches tell us Hill’s attitude and approach really keep the team together and focused too. A developing technical base coupled with his already impactful intangibles make Hill a goalie to keep your eye on.

Parker Hylton, Capital North Stars
A goalie on grass, Hylton showed that tendies can transition indoors and do it big in box too. His coaches described his play as “phenomenal”, allowing the North Stars to stay competitive every game. A vocal and by-example leader, Hylton will be playing for Randolph–Macon College next fall.

Brian Jester, Lax Factory
Providing big value all over the floor, Jester was an impact player on either side of the centreline. He was super-strong defensively, regularly turning away the opposition, but also showed serious splash in transition, pushing the press hard and even chipping in a few goals. Lax Factory coaches described Jester as “a real difference maker”. #facts

Mike Kessler, Bandits
Like teammate Krew Conroy (scroll up a bit), work ethic and heart will never be questioned here. Kessler never took a shift off, coming off the bench ready to work and make things happen. He worked relentlessly off ball to get into good scoring spots and was a solid contributor to the Bandits’ overall offense.

Roman Larocco, Lax Factory
A very smart player that read the play in front of him well, Larocco was Lax Factory’s offensive leader. The lefty was constantly getting open in front, whether through picks or just some really good footwork in traffic. He showed versatility and range scoring for a bunch of situations, but also effectively dished to teammates to create chances.

Connor McManus, Juiced Cherries
McManus played all weekend with a pretty gnarly split chin, but it didn’t slow the warrior down one bit. He led the Cherries in scoring, dominating in traffic and finishing inside off the pick and pop regularly. He’s the kinda player any coach would love to have in their lineup.

Koleton Marquis, Junior Knighthawks
The Junior K’Hawk had great hands on face-offs and in front of the net. Marquis won a majority of the draws for Rochester, but also showed a silky-smooth set of mitts offensively too, scoring some beauties for the third-place Knighthwaks.

Josh Rosa, Juiced Cherries
Another member of the Rosa fam that travelled to Columbus, Josh showcased some serious game too. Second in scoring for the Juiced Cherries, Rosa was pretty slick and automatic on well-timed breakaways and penalty shots.

Griffin Salaris, Juiced Cherries
Salaris was money between the pipes for the Cherries. He gave up a stingy three goals and change per game, not only holding down the best GAA in the division, but that impressive tally was tops in the tournament too. He was at his best in the gold medal game versus a strong Resolute side, a big reason why the Michigan-based club won it all in Columbus.

Max Schillig, Resolute
Easily one of the best face-off takers at any division, Schillig was just nasty taking draws. The extra possessions Schillig routinely won for Resolute proved pivotal for the silver medalist. He played his role to perfection.

William St. Pierre, Cleveland Demons
A really strong offensive presence on the left side of the floor for the Demons, St. Pierre had a knack for getting inside, creating space and creating chances for himself and his line. He’s skilled and smart enough to stay outside and rip from range too. Just a really good overall offensive game.

Gage Stevens, Junior Knighthawks
Stevens impressed earlier this year at the Upstate Winter Shootout, and continued his big-game backstopping for the Knighthawks in Columbus. K’Hawks’ coaches simply described Stevens as “a wall all weekend”. He bailed the team out constantly, allowing the Knightawks to not only play competitive lacrosse, but win Midwest Classic bronze too.