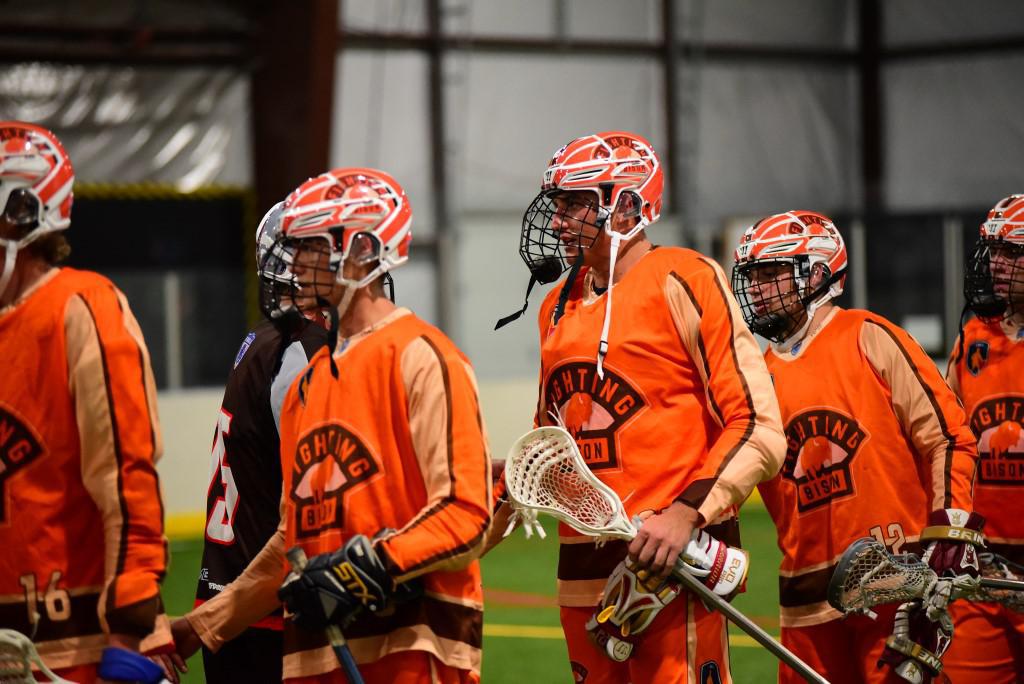 The Fighting Bison will open the 2018 CCBLL season against the Bighorns on June 17. (Photo: Lacey Den Hartog)

The National Collegiate Box Series (NCBS) and the US Box Lacrosse Association (USBOXLA) are pleased to announce the 2018 Colorado Collegiate Box Lacrosse League (CCBLL) season schedule, along with other important dates for the league’s upcoming second season.

Earlier this year, the CCBLL expanded to six teams, adding the Blizzard and Red Hawks to a stable that already included the Bighorns, Fighting Bison, Gold Miners and Stoneflies.

The 2018 season will begin on Sunday, June 17, pitting the Morrow Cup Champion Bighorns against the same team they met in last year’s final, the Fighting Bison. The expansion Blizzard and Red Hawks will open up their seasons against one another immediately following the Horns versus Bison opener, while the Gold Miners and Stoneflies will close the league’s much anticipated first night of action in Denver.

Prior to any of that occurring, the CCBLL will again be holding a player combine and draft. The combine will take place over two days on Monday, June 11 and Tuesday, June 12 at the Foothills Fieldhouse in Lakewood. The draft will happen the following evening at 7pm (MDT).

See the full CCBLL schedule below (all times local), and stay tuned for upcoming Ohio Collegiate Box Lacrosse League announcements on USBOXLA.com. Interested in playing in the NCBS this year? Visit usboxla.com/college-play for more info.