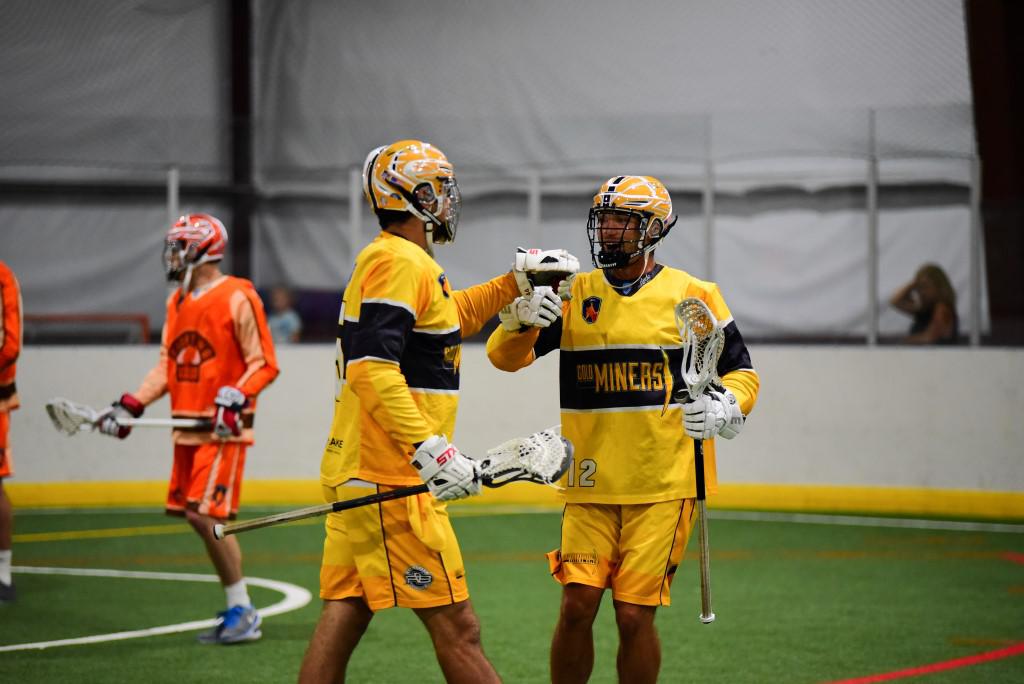 The CCBLL has voted Gold Miners forward Troy Loper (Cleveland State) as their Most Valuable Player, while Rivermen forward Landon Trout (Bellarmine) has been named the OCBLL’s MVP.

Loper led the nation in assists (17), finished fourth in CCBLL point production (35), collected the most loose balls in the Colorado league (33) and owned one of the best face-off percentages in the country (60%).

A graduate of USBOXLA member the Cali*Lax ALL-STARS, Loper is also a Team USBOXLA alumni and considered one of the top up-and-coming collegiate-aged box players in the country. He was the only CCBLL MVP nominee to receive votes from four of a possible five teams, edging out this year’s runner up by just a single vote.

Another former Team USBOXLA alumni, Trout was named the OCBLL’s MVP during the Columbus- and Cleveland-based league’s inaugural season. The Resolute Lacrosse product and Aviators forward easily led both his league and country in goals (41) and points (55), finishing just slightly behind all-time NCBS single-season scoring leader, Casey Rose, who last year registered 42 goals and 57 points with the CCBLL’s Stoneflies.

Receiving the second-most MVP votes was Rivermen forward Jack Jasinski (Ohio State), who sat behind just Trout in overall points. He also helped propel the Rivermen to first place in the OCBLL on the last day of the season, courtesy of an amazing 8-goal performance in a tight 16-15 win over the Aviators. Finishing behind Jasinski in MVP votes was Rivemen teammate and league-leading backstop, Matt Huizenga (Ohio Northern). The first goalie taken in the OCBLL Draft, Huizenga is a former Team USBOXLA U18 member and arguably the Ohio loop’s top goalie this past summer.

The OCBLL also awarded a 2018 Coach of the Year, naming Walleyes coach Steve Gartelman (Lake Erie College) as the league’s best bench boss. Leading the lone Cleveland entry in this year’s first-ever season in Ohio, Gartleman kept the Walleyes competitive down the stretch, who after starting the season a disappointing 1-4, split the remainder of their games and captured a somewhat unlikely third-place finish. The Walleyes would go on to upset the heavily-favored Aviators in the OCBLL semifinals and will play the Rivemen in the Ohio Cup starting next week at the Resolute Athletic Complex in Columbus.

Both leagues also awarded regular season Coaches Awards. The unique honor, which started last year in the CCBLL, recognizes a player who had a positive impact to their team's success, chemistry and character. The award is selected by each team’s respective coaching staff.