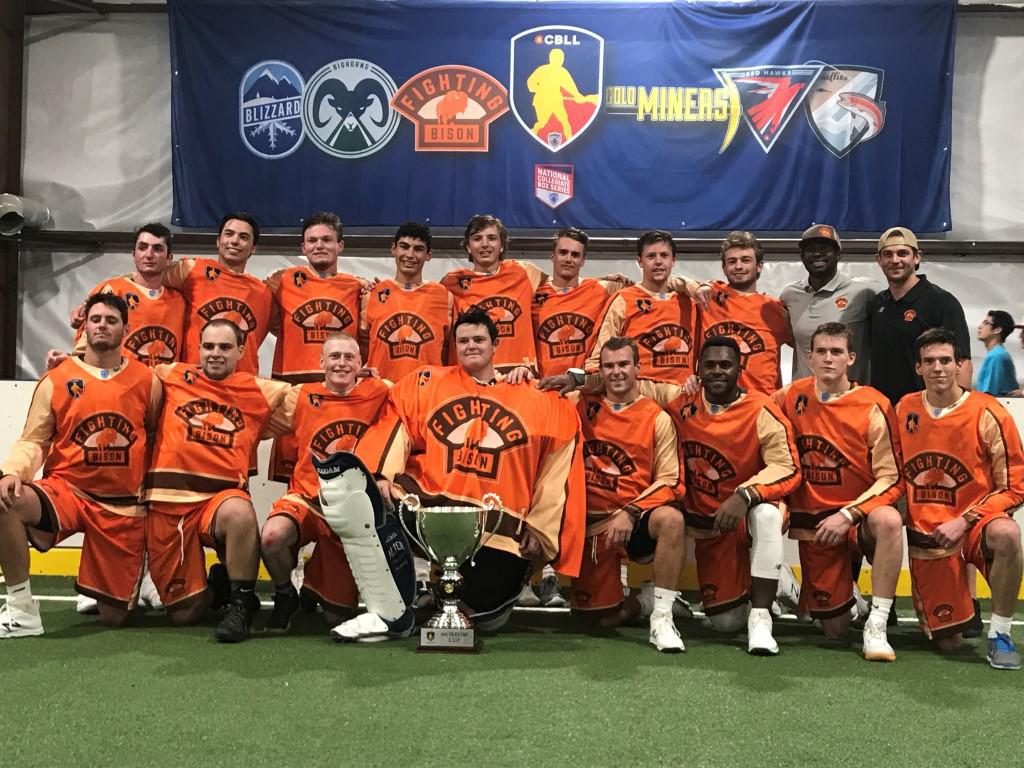 The Fighting Bison are the 2018 Morrow Cup champions, a title that didn’t look likely even just a few weeks ago.

Finalists last year, surely the Bison would be Colorado Collegiate Box Lacrosse League frontrunners a season later. Loaded with some of the best young American box talent in the country, and still rostering a certain Tewaaraton Award Finalist who’d be spending time in Boston and Netanya this summer, how could they not be Cup contenders, right?

Although the team sat second for much of the first month of this past regular season, they stumbled severely after that solid start, going 1-5 to close out their kinda-catastrophic campaign and ranked just fifth in a six-team league heading into the playoffs. Only the winless expansion Blizzard “bettered” their total in the L column, and a repeat of their impressive 2017 showing seemed like a longshot at best.

First they’d see the Stoneflies to open their postseason, a team they scored just four goals against a week earlier in a late regular season loss. Led by four goals alone courtesy of forward Nate Marano (University of Denver) – a statement that would resurface throughout the entire playoffs – the Bison fought off a pesky Stoneflies side 10-5 to somewhat surprisingly secure their spot in the semifinals against the seemingly unbeatable Bighorns.

The Horns, who were not only ranked first but also swept the Bison in last year’s Cup, appeared destined to repeat as champions, looking as good if not better than a summer ago. Could the Bison pull off another unlikely upset? 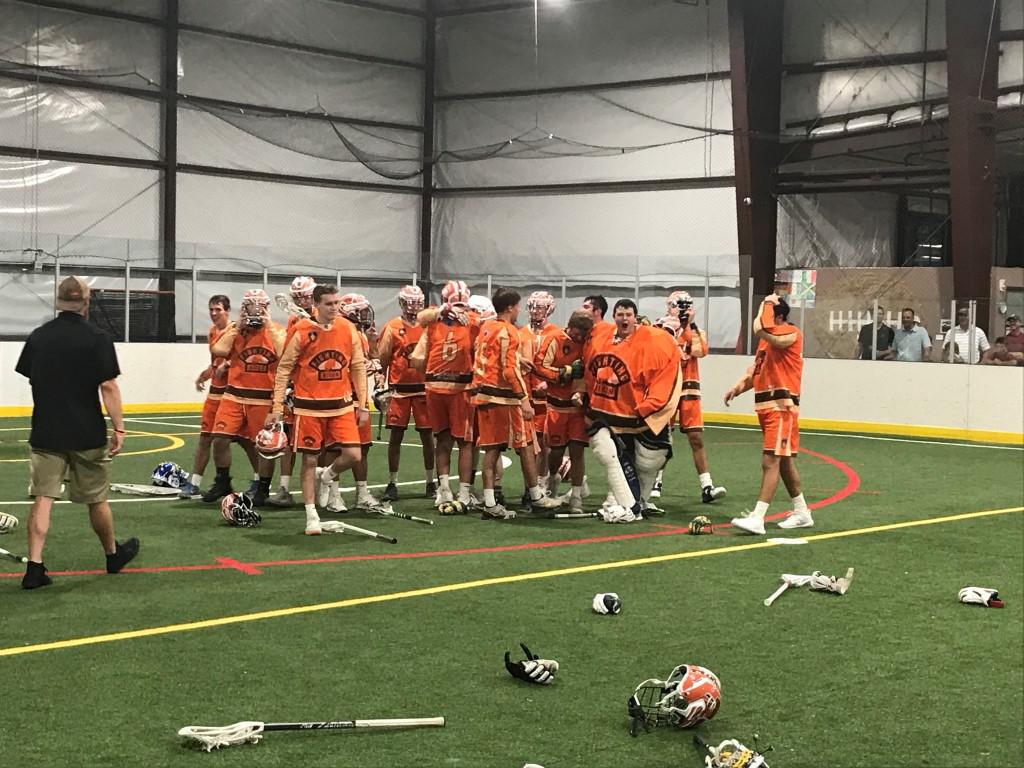 The fifth seeded Bison knocked off the first, third and fourth place teams in the playoffs (Photo: Jessie Gallant)

Marano would score seven times, including the Bison’s over-time winner, stunning the Bighorns 14-13 and dramatically punching their ticket to the Cup final, again.

Backstopping the bunch was Skylar “Moose” Whinery (Texas State University), a graduate of the Denver Elite program and former Team USBOXLA standout, considered by many to be one of today’s top up-and-coming American-born box goalies. Whinery was wizard-like for much of the playoffs, keeping the Bison competitive in close games and shutting the opposition down in the dying minutes of every ultra-close contest.

How could they possibly push themselves to a third post-season upset, this time a best-of-three series rather than the one-and-done game that sometimes lets the lucky through while the more superior sits. The Bison would unquestionably be tested.

The Red Hawks, a carefully and creatively constructed expansion entry in 2018, performed their own semi-upset in the semis when they knocked off the surging Gold Miners to punch their ticket to the Morrow Cup. Led by an explosive offensive cast that sat four players in the league’s Top 10 – #1 Bobby Goggin (Colgate University) 43pts, #3 Jake Govett (University of Delaware) 38pts, #6 Bryan Hancock (Hobart College) 33pts and #6 Austin Mello (Vassar College) 33pts – the third overall seeded Hawks looked like slight favorites in the 2018 finale.

With Trevor Baptiste and Connor Donahue unavailable for Game 1, it was again, Marano that scorched the scoresheet almost singlehandedly, netting his second sock trick in as many games and securing a 12-10 win to open the series.

In fact, Marano scored more goals during this year’s postseason than he did during the entire regular season. His eventual 21 goals in this year’s CCBLL playoffs smashed the goal-scoring standard set by Baptiste last year (8 goals). His 31 post-season points this summer is also tops in the Colorado record books. Had the CCBLL handed out a Conn Smythe Trophy, Marano surely would have been voted as the recipient, by a large margin on the ballots no doubt.

Game 2 would be a back-and-forth battle between the two teams, highlighted by a final minute in regulation time that may go down as the league’s most memorable sixty seconds yet. With a 13-11 lead and under a minute to go, the Bison seemed to have the game firmly in their grasp. The Cup was theirs.

They didn’t. It wasn’t, yet at least.

That explosive Hawks offense, well, it exploded. Govett would complete his hat-trick with 31 seconds left on the score clock, and then Coaches Award winner AJ Guralas tied the game some 20 seconds later to send it into sudden death.

The Red Hawks had momentum, but the Fighting Bison had “Moose”. Whinery would make a massive save on the Hawks’ first possession in the extra frame and shortly later, Josh James (Towson University) maneuvered and muscled his way to the edge of the Hawks’ crease and buried a blast past keeper Ben Cecil, another highly regarded Colorado-based backstop.

After an extensive review of what was almost a game-continuing crease violation, the Bison were crowned CCBLL kings, winning the Morrow Cup on a roller-coaster ride of a season – a post-season path that will likely never be duplicated.

Check out Game 2 highlights provided by ScoreBreak below and make sure to catch Game 2 of the Ohio Collegiate Box Lacrosse League’s Ohio Cup tomorrow night (7pm EDT) between the Walleyes and Rivermen, who hold a 1-0 lead in the series.