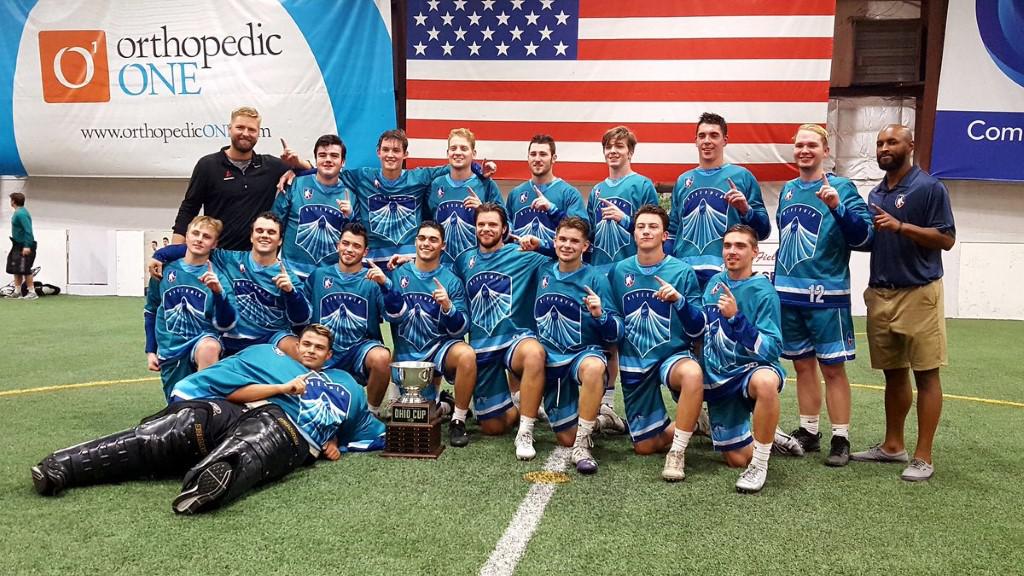 The Rivermen beat the Walleyes 15-9 in Game 2 to win the Ohio Cup (Photo: Susan Doud)

When Matt Huizenga (Ohio Northern University) looked at the Rivermen’s roster at the start of the year, he didn’t know what to expect.

The Resolute Lacrosse product was the first goaltender drafted in the Ohio Collegiate Box Lacrosse League Draft – later named a runner-up in the league’s MVP race – and while he’s been a standout stopper with both club and country (via Team USBOXLA), collegiate box in the area was obviously brand new.

The OCBLL joined the Colorado Collegiate Box Lacrosse League under USBOXLA’s National Collegiate Box Series banner this year, and what was once an unknown soon became a smashing success in 2018, culminating in Huizenga and the Rivemen rolling to an Ohio Cup title last night.

The state champs defeated the Cleveland-based Walleyes in two straight games, sealing the deal with an impressive 15-9 win at the Resolute Athletic Complex in Columbus.

“I’m ecstatic,” exclaimed Huizenga shortly after lifting the Cup alongside his teammates. “I didn’t know how the season was going to go.

“I didn’t recognize a lot of names on our roster when we started, but I couldn’t be happier. The season couldn’t have ended any better. I love the team we have here.” 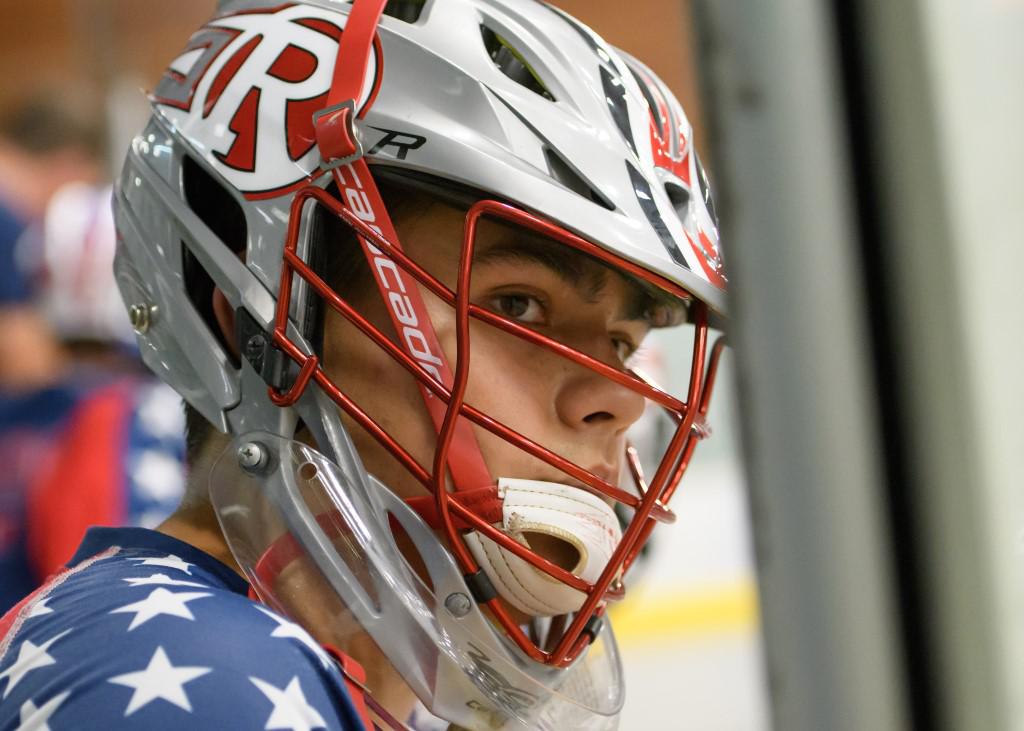 “I love playing with Jack,” said Musci. “He’s just a great player. He can do a little bit of everything. He’s a range shooter but can also get inside and beat you one-on-one.”

Another versatile forward for the Rivermen was Jack Hannah (University of Denver), who would have been one of the rare names Huizenga recognized in the preseason, as the pair played for Team USBOXLA U18 during the 2017 #bctour against top British Columbia-based clubs. While Hannah put up decent numbers in the regular season, it was his play during the Rivermen’s successful postseason that really set the potential future pro apart from the pact. Hannah led the team with 11 goals in just three playoff games, which included a heroic six-goal effort against the Walleyes in Game 1. His sharp shooting to open the series proved too much for the Walleyes, who struggled to contain the talented Milford-native.

Led by former Syracuse sensation and National Lacrosse League vet Dan Hardy as their bench boss, the Rivermen were also strong defensively too, holding the opposition to single digit scoring eight times this year. While Huizenga’s athleticism and technique between the pipes helped, their defensive approach, especially in Game 2, was difficult to breakdown.

“I think we matched their physicality on defense,” said Huizenga of last night’s chippy affair. “I think a big part of our game tonight was our strong, high-pressure defense, and I think we did well matching their intensity. It made a big difference.”

Asked if he’d be returning to the Rivermen in 2019, the stud stopper shouted, “Three more years!”

The OCBLL was made possible through a unique relationship with USBOXLA, Resolute Lacrosse, Ohio State University and Cleveland State University. Stayed tuned to USBOXLA.com for news on 2019 NCBS expansion in Ohio and throughout the country.