Be a champion: Geoff Snider 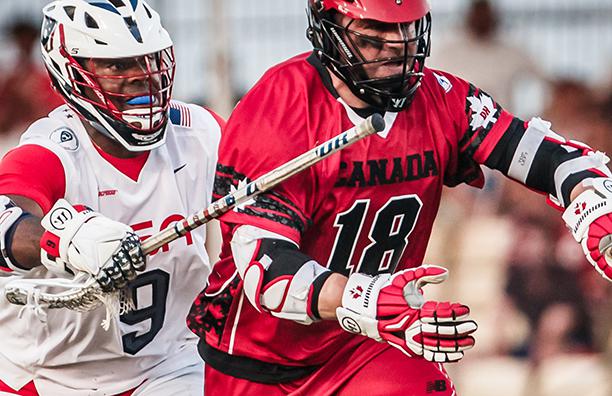 Geoff Snider battles Trevor Baptiste at the FIL '18 World Championship. Both players are products of DU, both play box (Baptiste 2x NCBS), and both are Philadelphia Wings (Snider 2007-2010, Baptiste 2018-)

There’s not much that Geoff Snider hasn’t accomplished as a lacrosse player. He’s a two-time world champion, a three-time Minto Cup champion and a Major League Lacrosse champ. He’s played in the National Lacrosse League, the MLL, and has represented his country four times as a player and twice as a coach.

After his Hall of Fame playing days, Snider now dedicates himself to growing the sport as the founder and CEO of ELEV8 Lacrosse. The Calgary, Alberta, native established his elite program back in 2007, while he was at the beginning of his 19-season playing career.

At the time, Snider was a rookie with the National Lacrosse League’s Philadelphia Wings and playing in his second season with the Major League Lacrosse Denver Outlaws. He was kicking off what would be a well-decorated career. But, despite his on-floor successes, he was at a crossroads in his life.

Then a 26-year-old rugged defenseman with a penchant for business, Snider was looking for a new career path. In the end, he turned to what he knew best: lacrosse. That summer, he founded ELEV8 lacrosse.

“It went really well, and we got a lot of interest. The kids were great. It was really successful and then it just kind of went from there. The next year, we ran another summer camp. The following fall, we tried to get an academy up and running, and it turned into our fall elite teams. It has grown organically since that time.”

In the fall, Snider traveled to the lacrosse hotbed of Philadelphia for a tournament, featuring some of the top club teams in the northeast. With Calgary Roughnecks’ teammate Devan Wray alongside him on the sidelines, ELEV8 made quite the first impression.

“We took a team down to Philadelphia, and it was very successful,” said Snider. “It spawned the next direction of this program because of the success and growth from that one fall.”

That first venture into travel lacrosse established ELEV8 as a real force in the lacrosse marketplace. Now 11 years later, the Calgary-based group has ballooned to 10 teams.

“We’ve got two women’s teams now and eight men’s teams, and that’s only in the fall,” said Snider. “With respect to the Calgary Field Lacrosse program, when we came on board, there were 60 kids playing in the summer. Now, there’s now close to 500. It has become a real positive thing for us because we have the opportunity to work with such great kids and families. We have the opportunity to work in this sport that’s has given us everything.

“I think, as of late, 2018 was an awesome year for us. We had 27 kids commit to NCAA programs, which was exciting for us. The big thing is just being on the frontlines of kids going and pursuing their educations and utilizing this great game that we love so much.”

Developed to provide the highest level of instruction for the growing sports of field and box lacrosse, ELEV8's prides itself on delivering “visionary, creative and integrated programs spanning the entire life cycle of training from grassroots CLASSROOM Lacrosse, camps, clinics, tech sessions, and elite club programs to coaching mentorship.” They offer an advanced hybrid combination of programming & instruction catering to the next generation of Canadian lacrosse players. 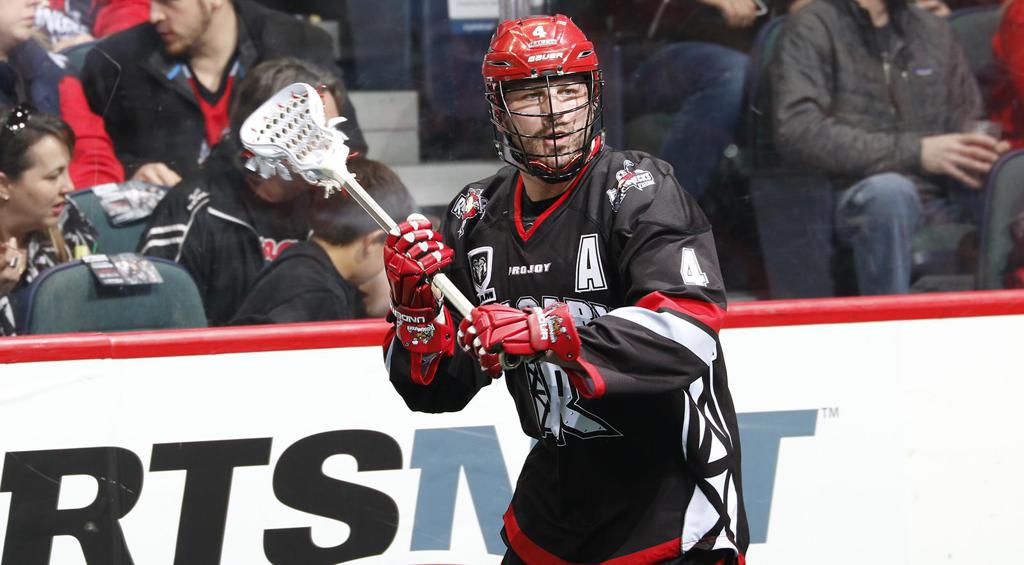 The coaching staff is unmatched in professional experience with current National Lacrosse League players Bob Snider, Wes Berg, Curtis Dickson, Garrett McIntosh, Tyson Bell, Adam Shute, Tor Reinholdt, and Dan Taylor all contributing to the growth of the program throughout the past decade. Geoff Snider has a simple two-point philosophy when it comes to recruiting and retaining quality coaches.

“One, it’s taking care of good people. Two, it’s the ideology in which we operate our business. We take what we do very seriously, and we are really passionate,” said Snider. “We do things the way we think they should be done. We coach in a manner where we have been lucky enough to have been coached by so many great people in the past. Dave Huntley had a big influence over our program. Prior to passing away, he was instrumental in helping us get to where we were by providing us with guidance and helping us create our culture. That’s what guys identify with.”

Beside former Hall of Fame player and coach Dave Huntley, Snider has had many mentors in his lacrosse and business career. One of the people who has had a direct impact on his road to playing professional lacrosse and his founding of ELEV8 is USBOXLA co-founder Matt Brown.

“Matt and I go way back to the point where Matt’s dad, Terry, was instrumental in getting me to the University of Denver,” said Snider. “Matt’s dad vouched for me in the recruiting process to Denver. I went and played with Matty. The funny thing is I was older than Matt and playing junior in Burnaby (Junior ‘A’) and then Matt went to school before I did, so he was an upperclassman and ahead of me when I went to school. That was a very interesting dynamic.”

“Matt is a great friend,” he added. “He’s been a teammate and a great peer from a business perspective in working together. He’s been a coach for me. He’s been everything.  I am excited for him as a friend, as a colleague and former teammate. Our relationship with USBOXLA stems directly from Matt and I meeting in Burnaby in 1998.”

Similar to Brown, Snider, whose program includes a field and box component, believes that kids need to play both versions of lacrosse. That is the future of one of America’s fastest growing sports.

“The big thing for our sport is the best players in the world play both disciplines – box and field,” he said. “I think Tom Schreiber is the pinnacle of that example with the success that he is having in the NLL and success that he is having in field lacrosse leagues. He is a complete player. When we can continue to merge those two, I think that’s when our sport goes to a whole other level, which is exciting.”

With like minded ideas about the game, it was only a matter of time before Snider joined forces with the United States Box Lacrosse Association. Last year, Snider took his ELEV8 teams to the USBOXLA Nationals in Huntington Beach, California. The Midget team even captured the gold at the event founded by Brown and Shaydon Santos.

“Snider is a Canadian lacrosse icon who has helped elevate our country's program to where it is today. He's also a key component in our University of Denver program's success with an amazing and record-setting NCAA career,” said University of Denver associate head coach and former NLL forward Matt Brown. “To have him be a part of our movement here in the USA is what will push our players to do extraordinary things in this sport.”

“It’s great to see the success that they’ve had in the US, the USBOXLA Nationals last year was simply an incredible lacrosse experience. We came on board with our Winter Training Program,” said Snider. “It’s coached by guys who are all playing in the NLL that are here in Calgary."

“From the Winter Training program, we put together teams that travel to the USBOXLA Nationals, and we make that available to the kids that train with us all winter long. That’s how we initially started coming to that event.”

This year, Snider will play an even more prominent role in the USA's largest youth box lacrosse tournament. In 2019, the top American youth players representing Team USBOXLA will face off against the Canadian All-Stars at the Pee Wee, Bantam and Midget age levels. Snider will lead the three Canadian All-Star teams into the competition.

“Our All-Star Game gets a revamp, and Geoff will be coaching the top Canadian players at the event,” said Santos. “There's a very strong BC player pool at this event as well. I think Team USBOXLA will line up great against Geoff's Canadian All-Stars and we're going to blow up this event. It will be the highlight of the top USA talent each year."

“We’re excited to put together a group of Canadians and battle a group of Americans and see where it goes,” said Snider. “I think it has a ton of potential. There’s a historic rivalry there. It only means positive things for lacrosse as a whole and for the growth of box lacrosse in the United States.”

“Having ELEV8 compete at the Nationals gives us American coaches something to shoot for,” added Santos. “We can't be happy coaching to beat American teams. That doesn't really move the needle. ELEV8 won the Midget A division at last year's USBOXLA Nationals and don't think Colin Doyle (Cali*Lax All-Stars), Brown (Denver Elite), Prepchuk (Arizona Outlaws) aren't thinking about revenge. There's a pride thing here with us elite box coaches, and we definitely don't want any of these Canadian teams like ELEV8 taking our medals home with them. We can kick them out of all our events, or we can train to beat them and continue to make some incredible American players.”

Snider will have his teams ready once again. Just like when he was a player, he emphasizes fierce competitiveness and, in doing so, looks to find the best competition that his teams can play against. The USBOXLA Nationals provides ELEV8 with such an environment.

“Believing in a culture and competing are attributes that set you up for success in life and family, in the community and in your country. That stems a lot from Chris (Sanderson) and Kyle (Miller). When I was with Philadelphia, we lost Chris Sanderson and that opened up my eyes. We lost Chris when he was 38 and Kyle when he was 31. When we lost those guys, it made me realize that life is short, and you’ve got to do what you love. You will see those numbers, 17 for Sanderson and 35 for Miller, and 18 for Dave Huntley and 14 for Carson Huth – who lost a battle with cancer as a teenager and he was a friend of the program.

The upcoming USBOXLA Nationals will take place in Huntington Beach, California from Aug. 2-4. Box lacrosse’s ultimate showcase will feature 120 teams and over 1,800 players. 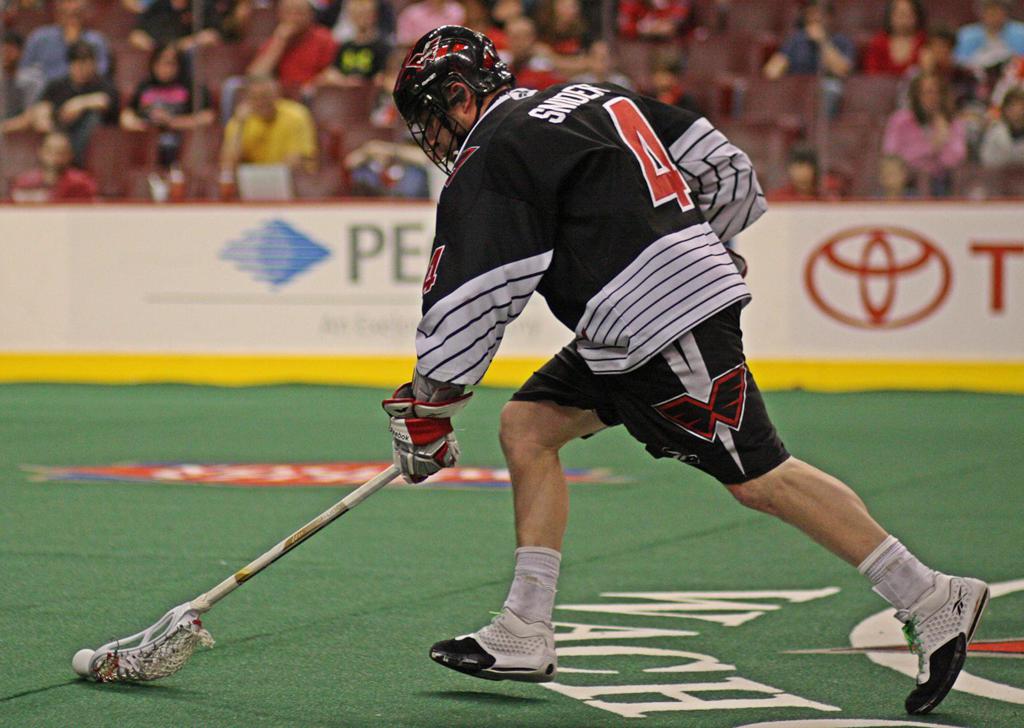