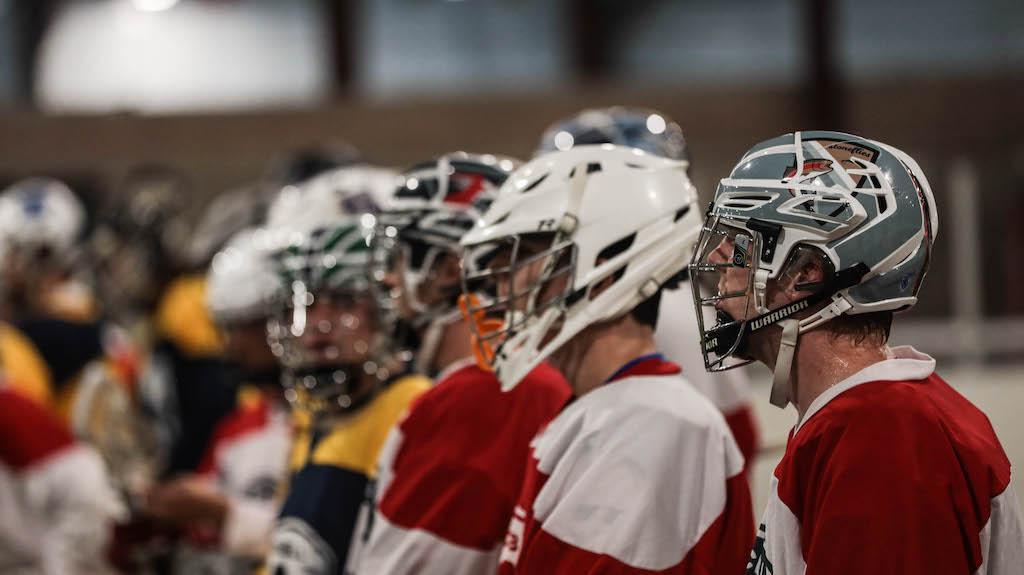 This spring, 20 teams will be evaluating some of the best collegiate box lacrosse talent in the country at upcoming NCBS combines (Photo: Zach Heffner)

This year, 20 teams will be competing in USBOXLA-sanctioned NCBS leagues in Colorado, Connecticut, Ohio, and Upstate New York. Each highly competitive league will be holding a player combine prior to their drafts and regular seasons.

The number of players competing in NCBS leagues this year will practically double due to the recent expansion to Connecticut (CTCBLL) and Upstate New York (UCBLL).

These ultra-competitive combines provide NCBS coaches an opportunity to evaluate players, both those returning and new to the leagues, in a box-specific setting prior to building or rounding out their rosters.

NCBS leagues are open to incoming collegiate freshmen and outgoing collegiate seniors, while younger players of exceptional status may also be granted a roster opportunity after a thorough individual player evaluation.

Players interested in playing in the NCBS this summer can visit usboxla.com/college-play to submit their name into the NCBS Player Pool. Players in either Colorado or Ohio that have already fully committed to playing this summer, can now complete the registration process - click or tap here for Colorado and here for Ohio. Final registration steps for players in Connecticut and Upstate New York will be confirmed soon.

The UCBLL will be running combines at two locations for both dates – Buffalo RiverWorks and TSE in East Rochester.

Additional pre-season and regular-season schedule details for all leagues will be announced soon.